“Unlike philosophy or religion, there’s nothing mystical about painting or drawing – these are the domain of planes, which, of course, does not mean that the reality presented in paintings is simplistic or comprehensible even,” Vera Molnar once said when asked to explain the mystery behind her commitment to filling sheets of paper with configurations of squares. The Hungarian artist is considered a pioneer in computer and algorithmic art based on carefully defined sets of rules. She would refer to the creative process behind her early works as a booting up of an imaginary machine. The rules which determined the addition, transformation and linkage of series of figures or lines made drawing a completely predetermined act. On the other hand, much like the principles of grammar, they were generative – possessing the ability to create an infinite number of new permutations. In order to introduce an element of chance into her work, Molnar eventually embraced small deviations from the sets of rules. Thus, errors became a means of innovation. In 1968, along with several other artists fascinated by technology, she began to use the Fortran and BASIC programming languages to create new drawings. Fortran was developed in the 1950s by researchers at IBM for use in weather forecasting algorithms and models used in physics and chemistry. BASIC was a language created for use by non-scientists, and was initially intended to facilitate the use of computers in accounting. Molnar adapted both of the programming languages to her artistic endeavors. The main creative tension in her artworks is derived from the juxtaposition of order and chaos. The transparent and rational system of rules which makes up the starting point for each one of Molnar’s drawings and determines the arrangement of her lines eventually creates a complex and chaotic sequence of repeating elements. These effects are most visible in works such as Hommage à Dürer, which consists of 400 variations on lines drawn within squares, or her Letters from my Mother, in which she simulated her mother’s evolving handwriting by deriving the underlying principles of line structure from their weekly correspondence. Molnar’s minimalist drawings pushed the boundaries of transforming the square shape. They were a manifestation of her fascination with movement. Her approach to the issue is unique in that the drawings compile all of the individual phases of movement and ultimately appear to be stills from an animation. However, if each one of the figures was to be presented on a separate piece of paper and displayed sequentially, the underlying square shape would appear to be in motion. Unlike other artist in the Kinetic Art movement, Molnar was not interested in the sensation of movement itself, but in the rules that governed it.

Vera Molnar (born 1924) - is a Hungarian visual artist and a pioneer of algorithmic art. Fascinated by the tradition of European Constructivism, she contributed to its development through the introduction of a unique minimalist plasticist grammar based on the rules of computer programming. Moland, along with other artists working in Geometric Abstraction who’d emigrated to Paris (such as Julio Le Parc), established the GRAV (Groupe de Recherche d'Art Visuel) collective which utilized artistic means for the study of optics. Later, she was also a member of the Art et Informatique grouping. Even in her earliest works based on the “imagined-machine,” Molnar challenged the artist’s position as the sole creator of art. While other kinetists questioned the role of the artist by incorporating audience participation into the creative process, Molnar shared her creative responsibilities with machines. Initially, the machines consisted of sets of algorithms generated in her imagination, before being replaced by actual computer software. 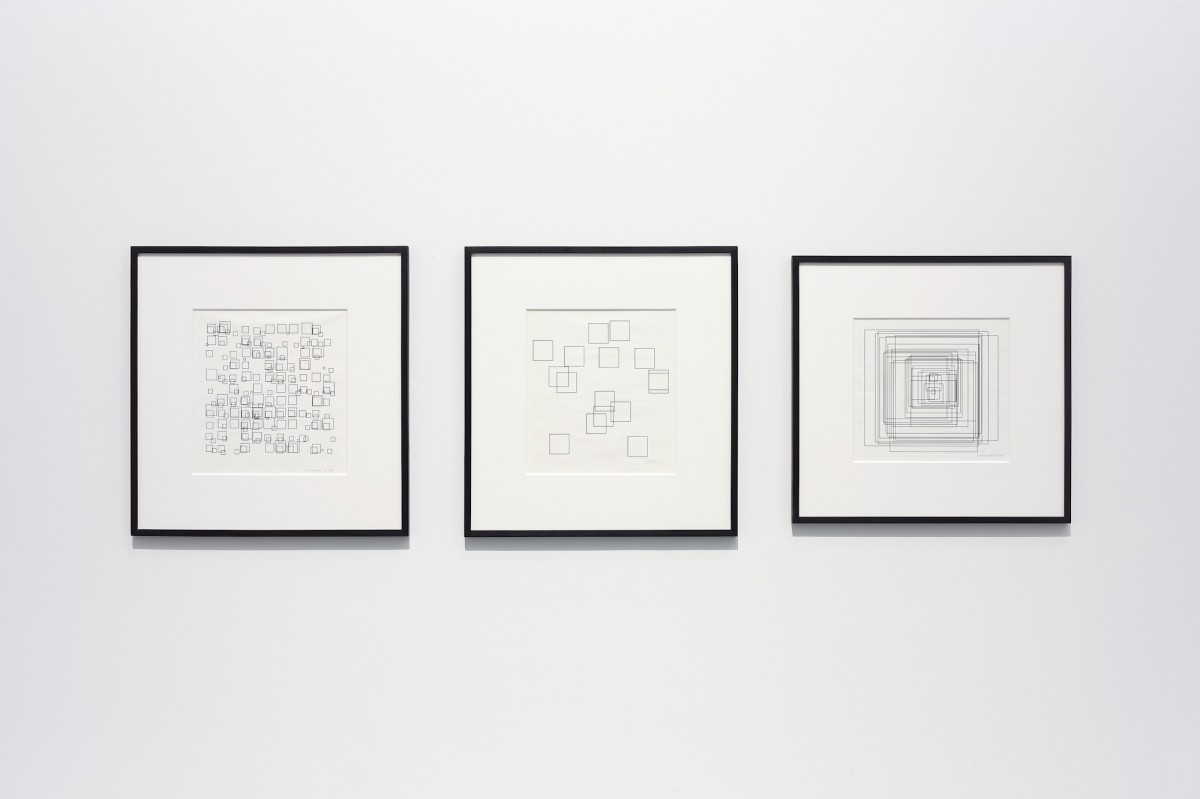