“My mother was never in her proper place,” remarked the daughter of Mira Schendel, in the years after the artist’s passing. Schendel, after living through the nightmare of World War Two, escaped Europe to make a new life in far-off Brazil. The sense that she was an outsider, bereft of roots, was the driving force behind her artistic expression. During the 1950s in São Paulo, the Ruptura group brought together artists with an affinity for Concrete Art – poets, philosophers and visual artists. The Concretists vowed to liberate art from any unnecessary displays of individualism, making it subject solely to the sort of objective, abstract rules that govern mathematics. While Schendel was for from a desire to rationalize the creative act, she shared an interest in the physical aspects and structures of language, which was in part a result of her personal experience. She spoke three languages fluently, but she never felt at home in any of them. She used Portuguese for her daily chores, while Italian was the domain of her emotions, and German was the language of philosophy. Her speech reflected a tinge of an accent in all three. The absurdity of language and her incapability for finding a place for herself within it became a central focus in her work. Schendel incorporated language into her drawings, sometimes entire phrases drawn from various languages. Most often, she’d paint individual letters scattered chaotically across the page, as in her Disks series, or she’d repeat the same character several times, like an exercise in calligraphy, as in Graphic Objects. A vital element of these experiments was the material she used as her base – rice paper, a stack of which she’d once received from a friend. Thin, almost translucent, the texture of the paper made it a paradoxical material, whose existence seemed to be rooted in evanescence. This texture also allowed for the streams of letters, numbers and phrases, drawn on each side, to merge into one another. “The world on the other side turns out to be the one we already have before our eyes,” she explained. The themes of visibility and transparence were also central to her work Still Waves of Probability – her only installation, created for the X Biennial in São Paulo in 1969. It was a bitter commentary on the repressive cultural policy of the dictatorship in Brazil in that period. The work is made up of nylon threads hanging from ceiling to floor, which fill the space to the extent that it appears impassable. The paradox of the work is based on fact that while each thread is virtually invisible to the naked eye, 20,000 threads take over the space altogether. The installation was accompanied by a quote from the bible, which spoke of how impossible it is to capture the powers above. While Schendel was an agnostic by faith, in the 1960s, she became involved in a theological movement that fought against Brazil’s dictatorship. This is why the installation is often interpreted within the context that it was created in. On the other hand, the work is also a fine example of Kinetic Art: the viewer, circling around the great cuboid made of nylon threads, is overwhelmed by the impression that with every step, the space around him is vibrating.

Mira Schendel (1919–1988) was a Brazilian painter and sculptor. She was born in Zurich into a Jewish family, but she was christened and raised in the Catholic faith. She spent her youth in Italy, together with her mother and stepfather. She pursued a degree in philosophy in Milan, but she had to abandon her studies because of her Jewish heritage. Her Italian residency was revoked and she was forced to run from the fascists, crossing into Switzerland through the Alps by foot. She traveled to Sarajevo and spent the war there. She didn’t emigrate to Brazil until 1949. Her artistic style was marked by the influence of Czech philosopher Vilém Flusser, physicist Mário Schenberg and psychoanalyst Theon Spandius, with whom she read the writings of Ludwig Wittgenstein and debated on art, phenomenology and religion. Her early works are both figurative and abstract, made using talc mixed with ceramic dust. At the start of the 1960s, she began making drawings on rice paper, as well as such sculptures as Little Nothings. She never had a studio, all of her art was made on the kitchen table. She was prodigious as an artist, producing over 4,000 works in her lifetime. She struggled with depression for much of her life. She died at the age of 69 from lung cancer. 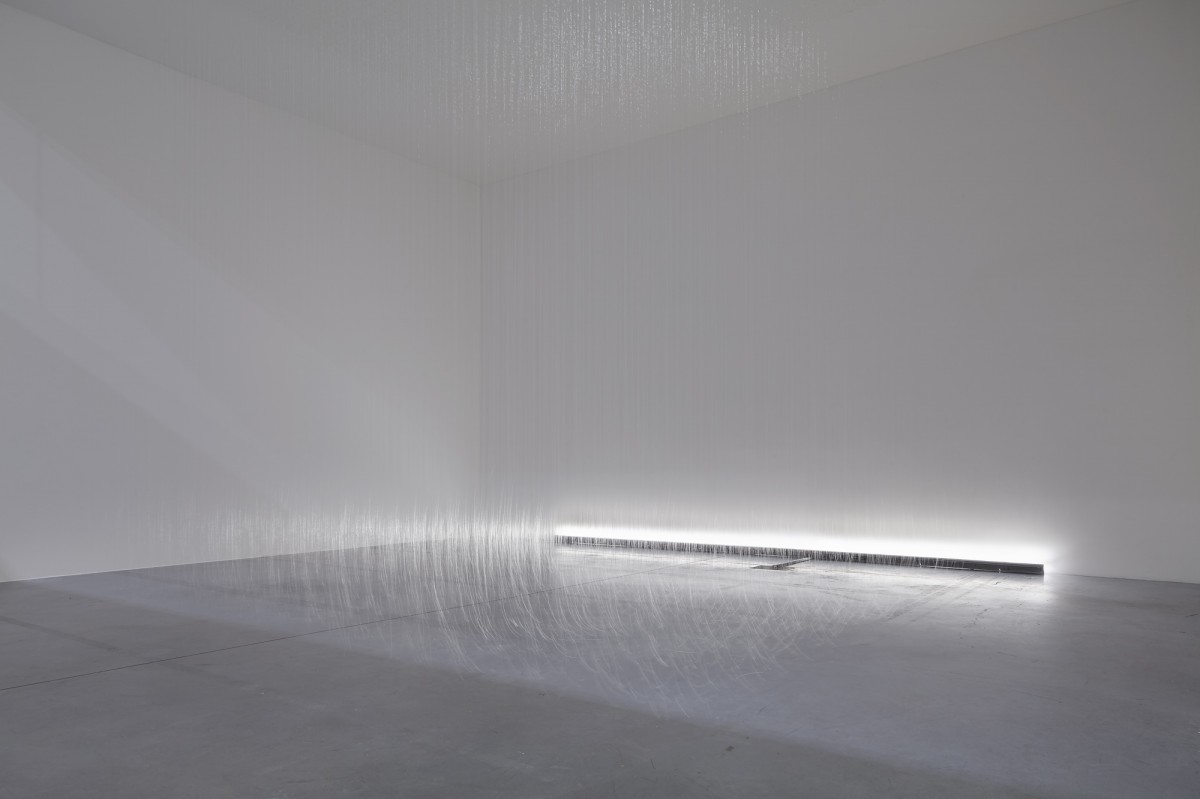