At a certain point in his life, artist Jerzy Rosołowicz concluded that the world was heading towards catastrophe and something had to be done to avoid it. In his theoretical writings, he developed a universal model for neutral behavior which would result in a de-escalation of conflicts and mitigate the contradictions present in the actions, convictions, ideas and emotions of individuals and societies. “It’s about the good will to temper them and steer them in a way that will result in a positive value,” wrote Rosołowicz. He intended his model to be applicable in a wide range of contexts, but believed that it had the greatest potential for neutralizing conflicts in the areas of arts, urban design architecture, music, media, sciences, cybernetics, sociology and psychology. Rosołowicz’s Neutrdrom design was an example of a proposed work of art which would stimulate neutral behaviors. His proposal was a 100-meter-tall inverted cone structure with an expansive mirrored platform at the top. Viewers would reach the platform via an elevator that ascended slowly, moving in complete darkness toward the light at the top. Rosołowicz also believed that one of art’s roles was to affect viewers’ imaginations and intellect. In the latter stages of his artistic career, this belief led him to create conceptual machines which resembled scientific instruments, such as his Container for collecting dew, the title a play on his last name (which in Polish translates to “dew”). There was also the Millenium Stalagmite column crematorium, a machine which would drip a regular dose of calcium carbonate-infused water to gradually create a one-meter-tall stalagmite column after a period of a thousand years. Rosołowicz was captivated by nature’s capacity for slow but steady processes, calling it a harmonious and stable set of “absolute value functions.” This is why he believed that “neutral behaviors” had to refer to natural forms through the application of geometry. In the mid-1960s, he began covering the surfaces of his paintings with rhythmic entities made up of smaller forms which resembled cells viewed through a microscope or dew drops. His best-known artworks consist of optical lenses embedded in polychrome wood, as in Spherical Reliefs, or metal and glass surfaces, as in Neutronikony. When hung upon the wall, these objects reflected light, creating the appearance of movement playing out on their surface. Meanwhile, pieces that were intended to be suspended in air provided viewers with an opportunity to look at the world through distorted lenses, which multiplied and reversed the image they were meant to observe. Rosołowicz encouraged the use of his works as tools for creating experimental photography and films. In fact, one of his artworks, Kineutronikon, consists of written instructions on how to use one of the Neutronikony to record a film. Rosołowicz’s ambition was to use art as a means of generating neutral behaviors throughout the world. In describing Rosołowicz’s latter works, Jerzy Ludwiński explained that ”it leads to a situation in which everything disappears, in which art itself should become embedded in the surrounding world…and cease to exist.”

Jerzy Rosołowicz (1928–1982) was a painter, conceptual artist and art theoretician. His earliest works used matter painting techniques, later he became interested in Władysław Strzemiński’s theory of optics and the search for universal, objective means of expression. Immediately following graduation, he began creating metaphorical paintings inspired by the works of Paul Klee and Joan Miró. He was an active participant in the Wrocław avant-garde art scene and was associated with Jerzy Ludwiński’s Pod Moną Lisą gallery. He attended the Złote Grono symposiums in Zielona Góra, outdoor artistic meetings in Osieki, the Elbląg Biennial of Spatial Forms, and the Wrocław ’70 symposium. In 1972, he joined Jarosław Kozłowski and Andrzej Kostołowski’s Net initiative, which brought artists from around the world into a long-distance discussion about the role of art in society. 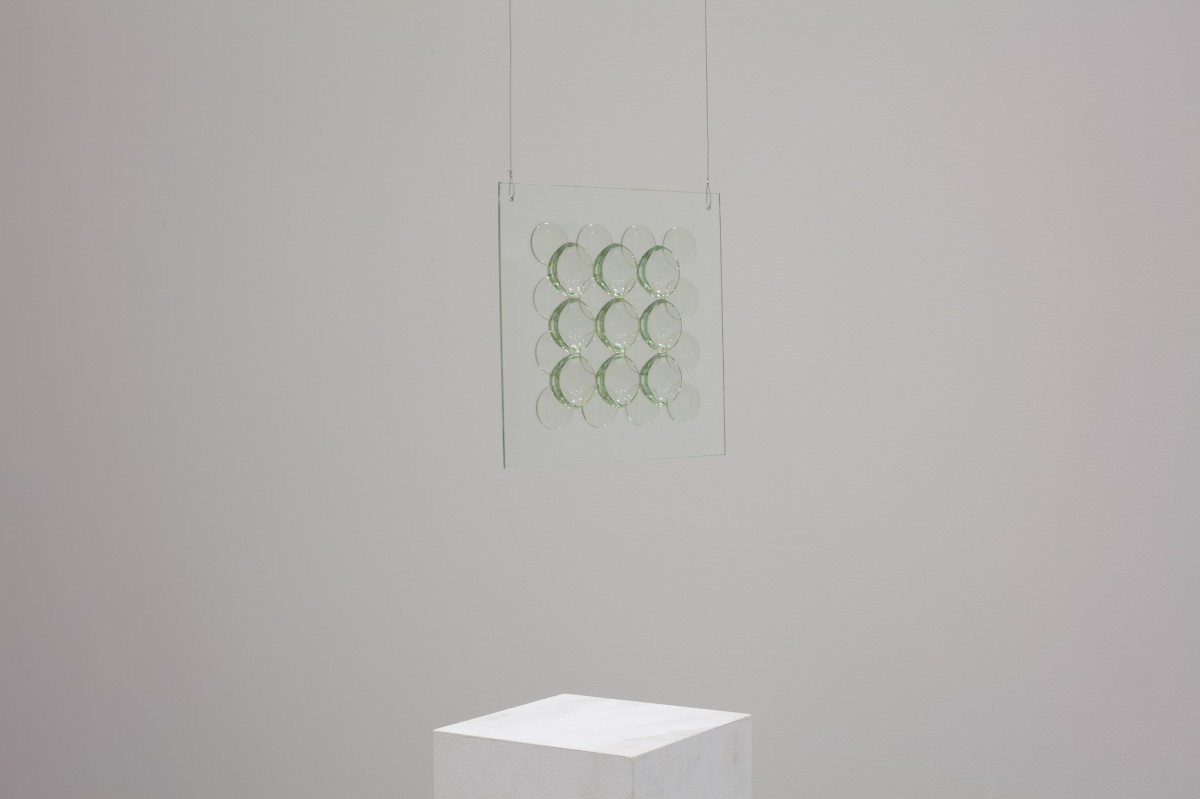