“No more mystification,” read the flyer distributed by Julio Le Parc to audiences at the Paris Art Biennial in 1961. The slogan seems so out of tune with the practices of the Argentinian artist, given his position as one of the chief representatives of Op Art and Kinetic Art – rapidly-evolving styles that were often heavily dosed with illusion. For Le Parce, the visual effects generated by a work of art had a thoroughly alternate significance: rather than deceive the viewer, it was meant to function as a laboratory into which the viewer was drawn to partake in the production of new experiences. Together with fellow artists and immigrants from Latin America, Le Parc set up the G.R.A.V. group in 1960. It was a collective of artists whose main activity was to carry out research on visual studies through art and it concentrated their radical visions in its fore, as its members acted as artist-scientists who designed the experimental framework that made it possible for a particular situation to come to life. Yet, its final result was dependent on a number of factors: the movement of elements in the work itself, along with the actions and experiences of each audience-participant.

Le Parc began his work with light just after emigrating to Paris in 1959. His first experiments were based on inserting a light source within a small container, whose walls were made of a number of colorful, overlapping screens in a variety of shapes, made out of plexiglass. Le Parc believed his goal had never been to create light paintings, but he used light, rather, as a tool to experiment with the spectrum of visual possibilities resulting from his primary framework. In his later pursuits, Le Parc shifted his focus to expanding the instability of “designed” situations, making use, for example, of particular currents of air running throughout the exhibition space. The material he opted to use for many of his works (such as Lumière en movement) came in the form of small-scale metal plates of various shapes, which he would hang from the ceiling on nylon threads, illuminating them in such a way that they produced reflections on the walls and floors of the space. The flow of air in the room made the threads sway, causing the reflections to scintillate in turn. Subsequent stages of his experiments involved the introduction of a pulsating movement into the rays of light, and even the construction of labyrinths out of these types of configurations. In the 1970s, Le Parc returned to the canvas to continue his research, taking up a palette of 14 hues and using them to create a diverse array of abstract patterns. A series of colorful discs fills the painting with an impression of space and depth thanks to a meticulous composition of colors. As he remarked, “this pursuits are not as much about the color itself as they are about the assortment of possible combinations, about assembling a certain simple collection of rules that gives way to a multiplicity of possibilities.” He believed that if he tried to paint them all, allotting no more than two days for each piece, it would have taken him 150 years.

Julio Le Parc (born 1928) came from a poor family of laborers in the city of Mendoza in Argentina. He began working as early as 13 years old, first repairing bikes, later as a worker in a leather goods plant, and in a library. He studied at night at the Academy of Fine Arts in Buenos Aires, and was politically engaged on campus. He was interested in the avant-garde art of the time, Concrete Art most of all. Not long before he was supposed to receive his degree, he dropped his studies as an act of rebellion against the imposed institutional hierarchy. He embarked on a six-year journey through the country, joining up with the activities of the radical left and anarchic movements. His return to academia ran concurrent to a turn of events on campus, when a group of students took control and demanded new methods of learning based on equality. In 1959, the artist emigrated to France, having received a grant from the French government. His political activism was sparked in May of ’68, designing and helping produce posters for the cause, and he was expelled from the country for a few months. Aside from numerous experiments with the use of light, Le Parc also created geometric sculptures in the public space, as well as a variety of games with the structure of exhibition spaces. Le Parc believes that there is a continuity that lies between the practice of audience engagement and his political awareness. 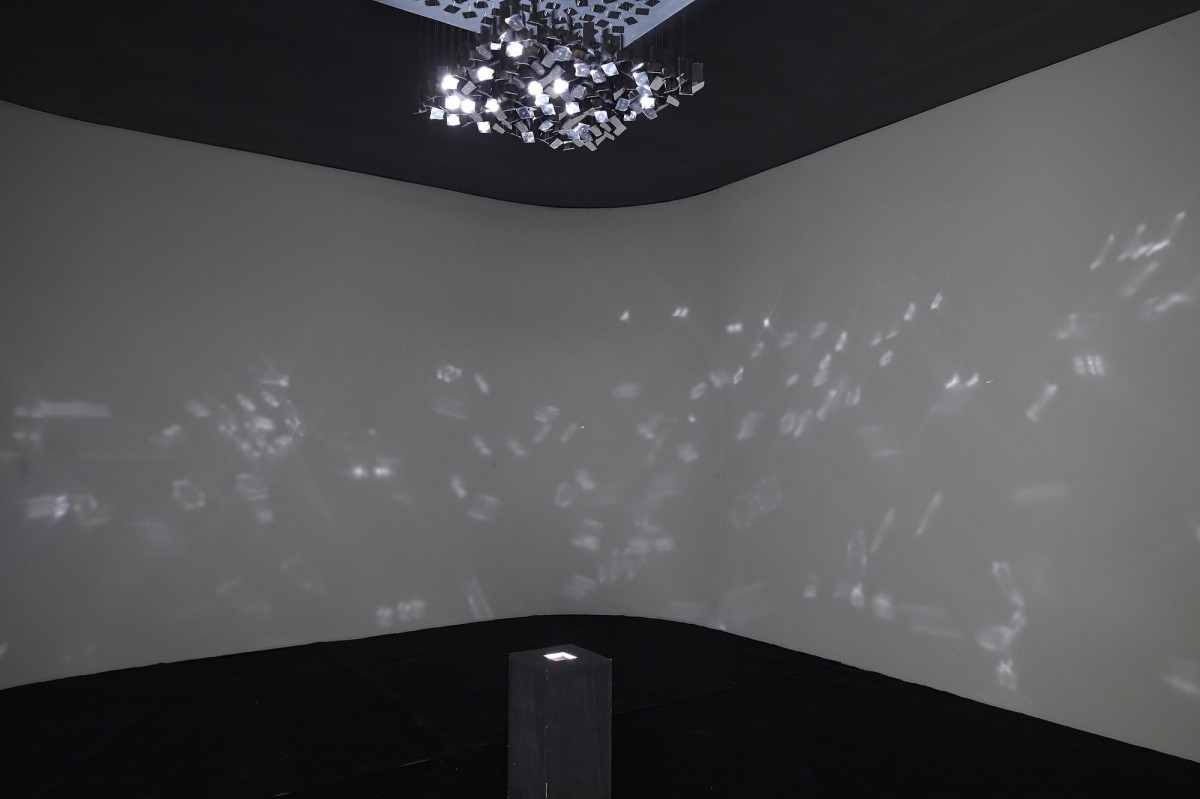