“I have nothing to offer you: no ideas, advice or interpretation,” admitted Vlado Kristl following a screening of some of his video works. He added, “The only purpose of creating something is to shake up the existing, conventional order. In 1951, two years after completing his studies at the Academy of Fine Arts in Zagreb, he co-founded the EXAT 51 collective, together with Vjenceslav Richter, Aleksandar Srnec and Ivan Picelj. The group’s aims were focused around the integration of various branches of art, design, architecture and urbanism into a single field of visual experimentation. Constructivism was established as a universal language for the field because, as these artists believed, it could measure up to the demands of contemporary art and life. While Richter and Picelj treated art as a tool for study that could assist in mankind’s future progress, much like other scientific methods, Kristl’s approach to geometric art was led strictly by a leash of curiosity and the desire to rebel against the dominant aesthetic of Socialist Realism. Yet, when Constructivism finally managed to topple the imposed style, Kristl abandoned it in favor of expressive painting. In the 1950s, Kristl made a series of paintings and drawings, which he called Compositions. They depicted arrangements of colorful shapes and geometric figures that overlapped in certain places, giving the impression of a sequential character with regard to these elements. In other Compositions, several individual geometric structures filled a single plane – as if each of them made up a single phase of the same dynamic arrangement of elements. The introduction of the concepts of succession and movement onto the surface of the painting hinted towards a fascination Kristl would eventually discover for animation. At the start of the 1960s, he created two iconic works of animation: La Peau De Chagrin and Don Kichota. In the latter, the influence geometric art on his artistic style is unmistakable. In the short film General, the ironic manner in which he depicted the Yugoslavian leader of the time, Josipa Broz Tito, led to political retribution and he had to emigrate to Germany.

Vlado Kristl (1923 – 2004) was a Croatian visual artist in the 1950s, associated with the EXAT 51 collective, as well as the filmmakers and animators of the Zagreb Film group. In the mid-1950s, he emigrated to Chile, but returned to Yugoslavia after a few years. IN 1962, he was forced to emigrate after his film General caused an uproar. He settled in Hamburg and began lecturing at the Academy of Fine Arts. He continued to make films, which were increasingly iconoclastic and anarchistic. His artistic style is difficult to set firmly within a specific set of parameters. While he was fascinated with geometry and abstraction, he returned to figurative painting later in his career, even portraiture. Martin Brady, a British scholar who wrote his Ph.D. on Kristl’s work, recalled after many years that the artist couldn’t believe it would ever be a successful thesis as he couldn’t imagine anyone might be able to set his work within any theoretical constructs. As it turned out, Kristl was correct in his assessment. 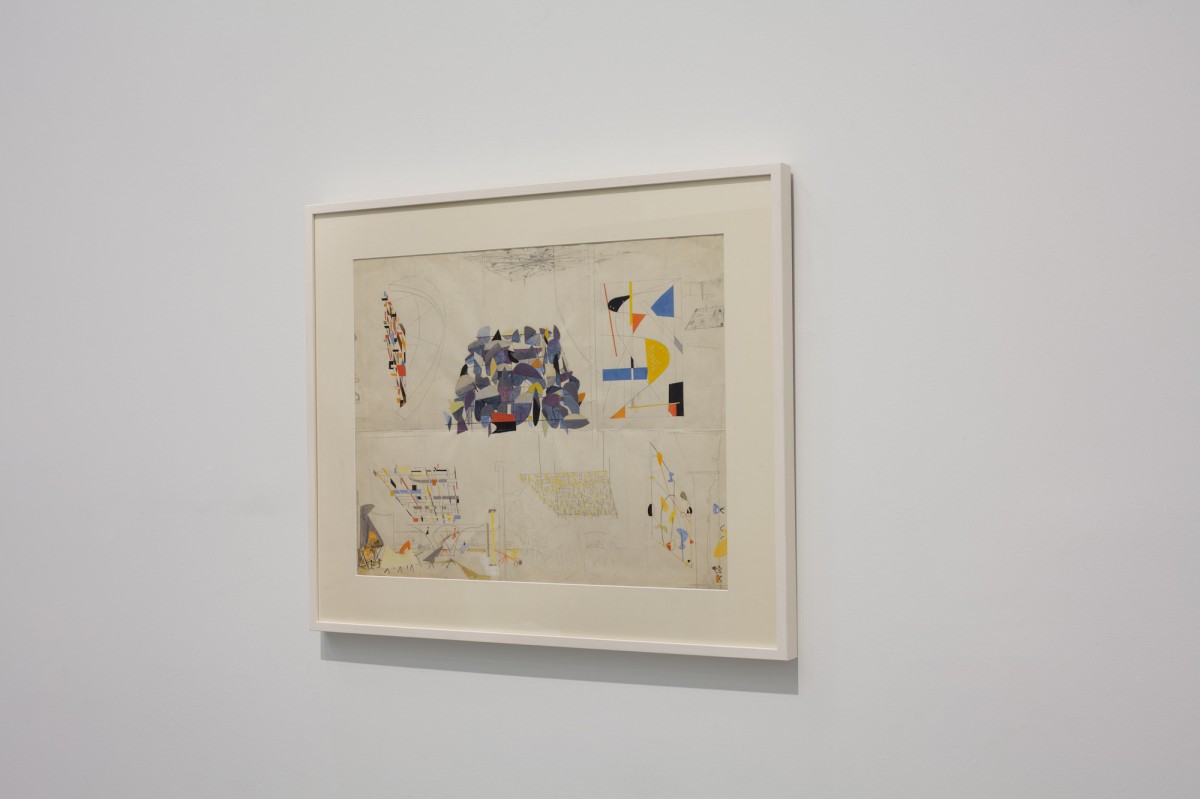