“Art can exist only as a flash of isolated consciousness and that’s precisely what it meant to do,” says the final, seventh point of Definition of Art, the manifesto published by Ludmiła Popiel. In it, the artist also suggests that art isn’t meant to serve anyone, it isn’t a process of scientific observation and has nothing to do with any emotional experience. She expressed the belief that art is a record of a specific experience of reality, a sort of map indicating a new path in the viewer’s process of perceiving a work of art. While Popiel shifted from a painter working in geometric abstraction to a precursor of Conceptual Art in Poland, her fundamental interest was based on the concept of space. In her oil paintings of the 1960s and ‘70s, she faces up to the challenge, treating the canvas as a space for an interplay between abstract forms. The viewer perceives the illusion that the space of the painting is stretched beyond the bounds of the canvas.  Other times, the composition of lines, along with their shadowy contours and looping effects, make the canvas appear to be set into motion. On the other hand, in the series Objective Landscape, the surface of the painting becomes a space for recording a performative action in space. Popiel photographed a wire, which represented the line of the horizon in a landscape. Next she transferred that image onto the canvas, which resulted in six white-and-blue canvases, upon which the border between two colors is that very line indicating the horizon. “This work demonstrates that the space that Ludmiła Popiel was interested in, in painting, wasn’t just the space of the painting – created and regulated by the artist as she set out the trails that abstract forms followed across her canvases. It’s also a geographical space – a landscape. The artist appears to conflate these two views on space and blur the lines between them. Artificial, geometric worlds and a seaside landscape take on, in her works, a common denominator, spilling together into a single landscape,” wrote Łukasz Mojsak, curator of the exhibition devoted to her life’s work at the Arton Foundation, about the series. In later works pertaining to issues of space, Popiel made use of an arsenal of media afforded to the current of Conceptual Art. In a work titled Thread, she used a single thread to join together the two edges of the enormous cavern of the Turów coal mine, concurrently creating a mental space within it. After emigrating to Rome, she would send local marriage notices to relatives in Poland, which brought two distant geographical spaces closer together through the sharing of trivial details of one city to another. Thanks to her work, a record of various locations in space acquired a common reference within the relative experiences of the artist and her audience.

Ludmiła Popiel (1929–1988) was a painter, illustrator, performer, installation artist. She graduated with a diploma in Interior Design at the Academy of Plastic Arts in Krakow. She then moved in with her husband, the artist Jerzy Fedorowicz, and moved to Koszalin, where together they set up a local chapter of the Association of Polish Artists. In 1963, Popiel and her husband, along with a group of fellow artists, organized the first outdoor art event in Osieki. Their International Meeting of Artists, Scientists and Art Theorists was a key event for the development of Polish avant-garde art. Its final edition was held in 1981, a few months before Martial Law was introduced in Poland. At these meetings, Popiel deepened her interest in Conceptual Art and diversified her means of expression. She collaborated with Jerzy Fedorowicz on certain works. She was an active member of the artistic community, taking part in the very first Biennial of Spatial Forms in Elbląg in 1965, as well as the Symposium of Artists and Scientists in Puławy in 1966 and the Symposium Wrocław ’70. 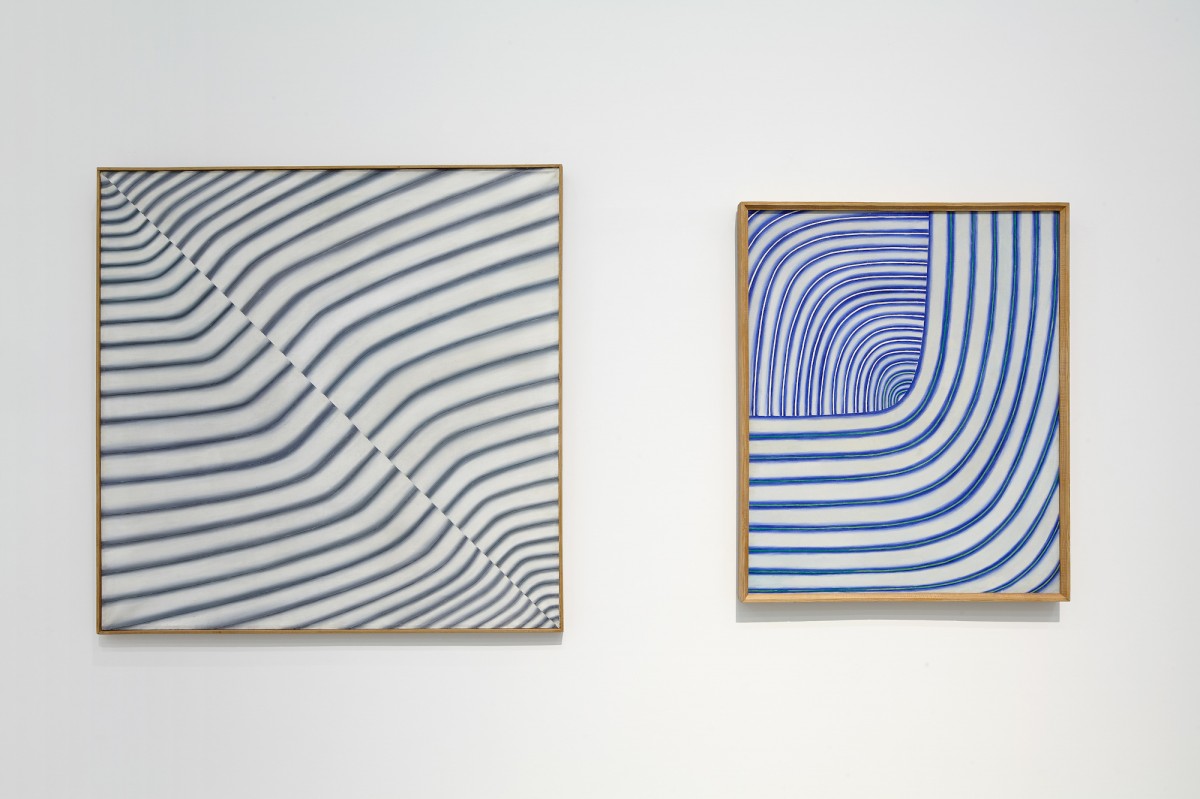