Zagreb in the 1960s came up to be an important center for the evolution of the Neo-Avantgarde. It was here, between 1961-1973, that the community gathered around the Gallery of Contemporary Art created an international platform for the exchange of ideas and artistic practices, which came to be known as New Tendencies. One of the co-founders of the initiative was the Croatian artist and graphic designer Ivan Picelj, who’d previously set up the EXAT-51 collective together with Vjenceslav Richter and Aleksander Srnec – the first post-war avant-garde group in Yugoslavia. Curators and artists focused around New Tendencies, much like the members of EXAT-51, sought out tools that would allow them to research and document the experience of life in a world of mass production and extreme technological development through art. They considered Constructivism as the visual language that was closest to the scientific aspirations of their artistic practice, developing its ideas in the field of Kinetic Art and Op Art. Picelj, like his fellow artists, understood that access to modern science and technology not only redefined the significance of artistic work, but also the position that artists held among society. Expression and individualism were replaced with collective work in the field of visual research. This, in turn, was carried out in the current of geometric art, to a greater and greater extent coming from the complex systems of regulating the arrangement and character of individual elements. This why some referred to it as “programmed art.” In any case, the main them of the fourth edition of New Tendencies, which took place in 1968, were works generated using a computer. The artists of the collective believed that in the near future, the computer would become their main tool. The application of technology and the desire to merge science into art wasn’t just an empty aesthetic gesture, but a deeply political project. Picelj and his fellow artists dreamed of being able to create a visual language that would serve the socialist-cybernetic community of the future. Picelj created the graphic layout for all five International exhibitions that took place within the framework of the group. He also designed the magazine Bit International, which it published between 1968–1972. His reliefs in wood and metal were three-dimensional structures that were altered with the viewer’s movements. In his works of Kinetic Art, Picelj, like Victor Vasarely, used real engines that set elements of the work into motion and posited that the eye of the viewer is the driving force. In later works, not only was the visual effect important, but also the system that determined the particular arrangement and properties of individual elements of each piece. The most common matrix for these activities was the classic constructivist mesh net, of which the most basic element was the square.

Ivan Picelj (1924–2011) was a Croatian painter, sculptor and graphic designer. He co-founded such groups as EXAT-5, the Studio for Industrial Design and New Tendencies. In his painting, he restricted himself to primary colors and geometric figures, which he repeated many times in a single work. His pieces make up a series that refer to an array of individual problems with regard to the language of Constructivism, following a system of strict procedures. Besides his paintings, reliefs, sculptures and graphic design works, he also designed books, logotypes and posters promoting national industries and cultural events. 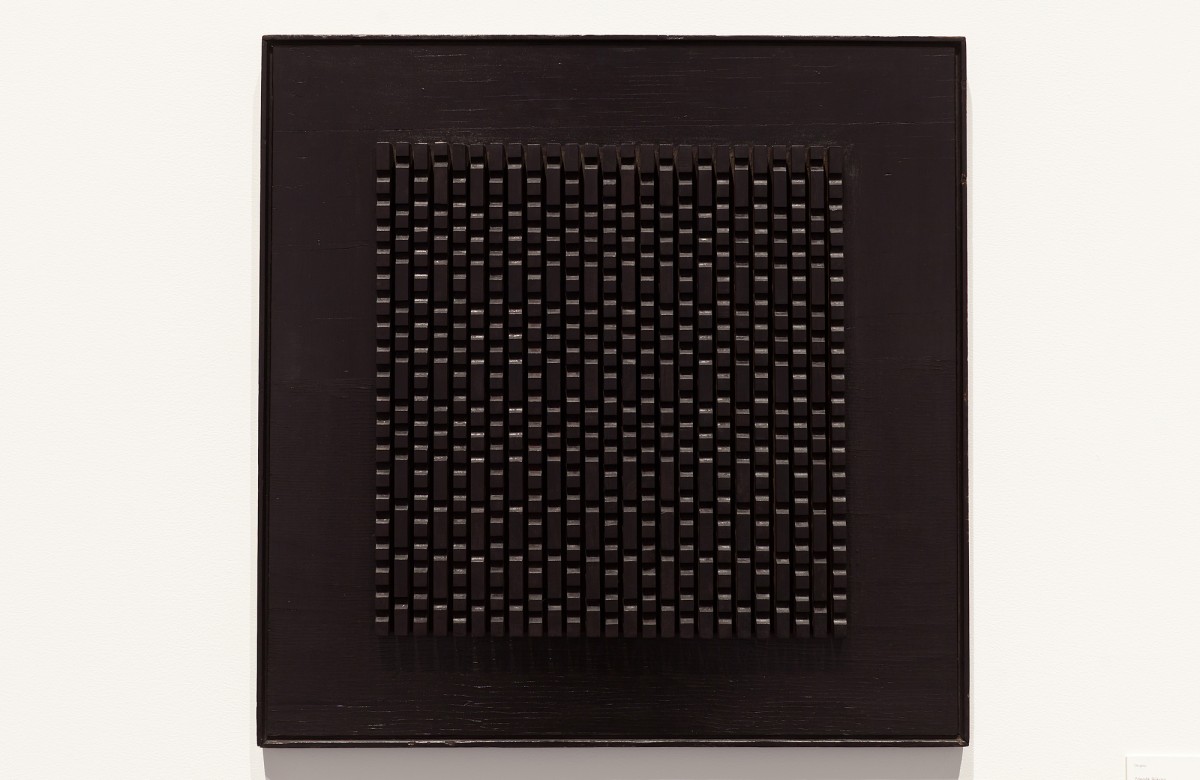