As a student at the Academy of Fine Arts in Caracas, Jesús Rafael Soto was fascinated by Impressionism. This was quite an unusual fancy at a time when Modernism was the dominant current sweeping across Latin America. He felt stumped by the question of why impressionists, for whom the true effect that light had upon the process of perception was of such great importance, painted the world in such soft, unreal strokes. In the tropical climate of Venezuela, the sun acts in a completely different way – it’s decidedly more raw, so that it sharpens the contours of objects, rather than soften them – dividing the world into a composition of planes. In Venezuela, Cubism would have been more apt a style for reflecting the true effect of light on the perception of reality. Many years later, Soto would recall the observations of his youth, which made him aware that the material world is made up, above all, of relationships, not the entities themselves. And so these relationships should be the subject of art that was truly modern. In 1949, soon after graduating from university, he was having a difficult time finding his place in a reality that was constantly jarred by one military coup after the next. He decided to emigrate to Paris. Welcomed into the fold of a relatively small, but influential, community of Latin American expats, he absorbed the currents explored by the local milieu of the avant-garde. He sought to analyze how the human optical apparatus perceives and interprets the relations engendered in the material world. Hence, his adoption of movement as the focus of his practice. Unlike other kineticists, Soto didn’t intend to resort to machines to effect this movement. He wanted movement to be the fruit of relations designed within the structure of a given work. He also didn’t want his art to be based strictly on visual “tricks,” which is the way Op Art is often labelled. It wasn't about creating an illusion, but about studying the impressions generated by spatial relations among objects, planes and the audience observing the interactions between these elements. In works such as Carré rouge et carré noir (1962) the difference in distance between the planes of the titled objects and their background of black-and-white vertical stripes makes it so that the viewer isn’t capable of perceiving the entire painting in its entire spectrum of possibility at once. The impression of a larger or smaller shadow cast by the squares onto the background is affected by the angle at which the viewer looks upon it. At a certain distance and angle, there is the illusion that the squares have been painted on a black-and-white background. The painting has more than just three, or even four dimensions, because the viewer, moving this way and that, experiences its many variants over time. In the Vibrations series, the viewer’s movement causes his or her powers of perception to experience an impression of vibrations (as the title suggests) where the metal forms overlap against the black-and-white striped background. It wasn’t until the Penetrables series (1967 and onwards) that Soto found a way to break the barrier separating the viewer from a work of art. All the installations in the series are based on the same structure, taking on various forms. A collection of pipettes made out of colored plastic hang from a metal grate hung from the ceiling. The closer one gets to the work, the more ephemeral the impression, which is affected all the more by the wind or the viewer’s movement, who might even disappear into the center of the work. “My goal was to create the effect of having the individual and the world in a different spot than they were initially because they’ve both been absorbed by one another. The only thing that’s left is the perceptual impression of fullness,” Soto explained when asked about the work.

Jesús Rafael Soto (1923–2005) – was a visual artist from Venezuela who resided and worked in France. He became recognized for his achievements in Kinetic Art and Op Art. He, personally, didn’t identify with either current, however he used movement and illusion in his art. He believed, however, that his works comprised a study of relations that come about in the world, rather than simply the creation of aesthetic impressions through the manipulation of the senses. 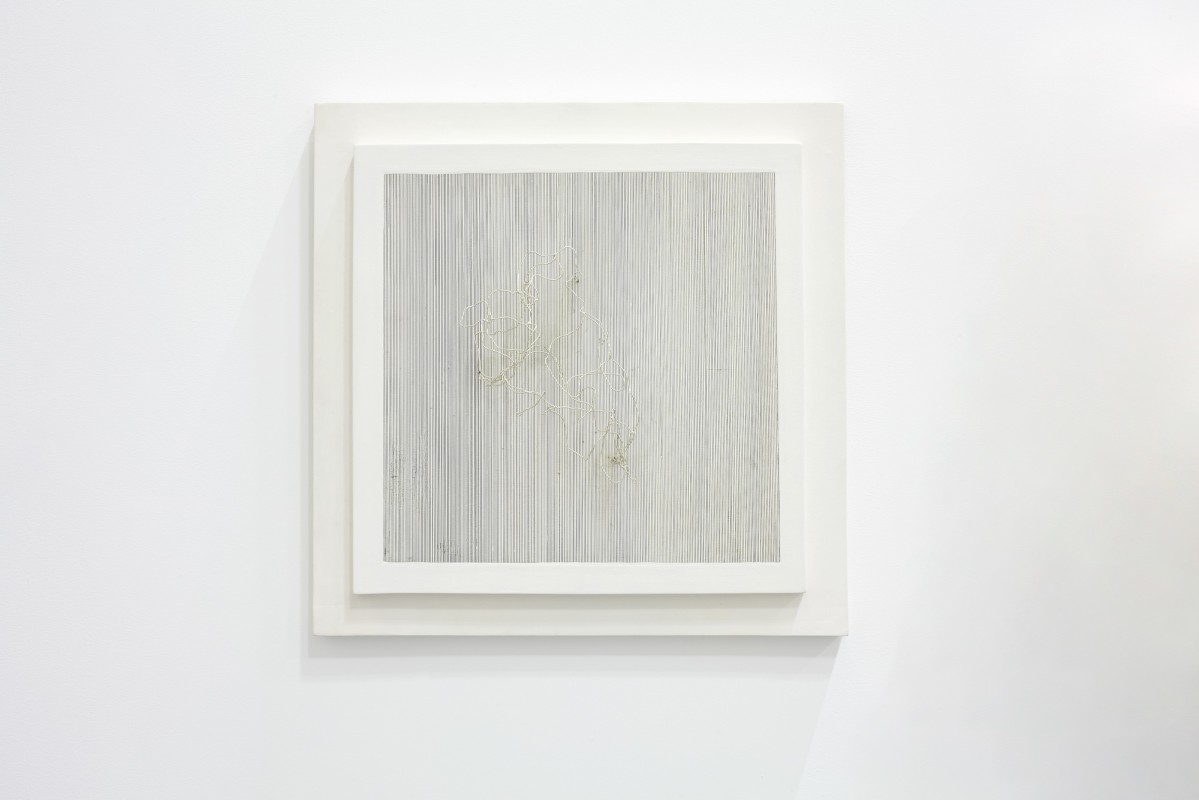