“If there are extraterrestrials making art, it’s most likely music for the eyes because, unlike sound, light travels everywhere,” said Bulat Galeev, who spent many years at the head of the Prometheus research group affiliated with the Aeronatics Institute in Russia’s Kazan. While there wasn’t a single employee of the experimental laboratory with a background in art, today the films, video-installations and performances created by the group are considered pioneering works of Media Art and Video Art. The group, with Galeev at the helm, constructed devices that allowed for the integration of music with visual effects. It also created industrial-scale machines for the production of light performances in the public space. Prometheus was born in a student dormitory at the Technical University, where two students Oleg Shornikov and Constantine Vasiliyev organized an audiovisual concert of A. N. Skriabin’s V Symphony, titled Prometheus: The Poem of Fire, Op. 60. The composition reflected the composer’s pursuit of a multi-sensory experience, which he likened to a religious epiphany (Skriabin died in 1915). Shornikov and Vasiliyev built a huge cardboard hemisphere in the school’s halls, equipped with a system of colored lights that was hooked up to a device that synchronized their lighting with the rhythm of the music. The concert was a great success and students who were interested in continuing their research on the integration of light and sound were provided their own space. Shortly thereafter, a graduate from the department of math and physics, named Bulat Galeev, joined them and shot up to Prometheus’ leader. The fundamental aspect their research focused on was synthesis, which made experiences that acted upon one particular sense perceptible to the other senses. This is why Galeev, in creating his visualizations, never treated them as an accompaniment to sound, but as an equal medium for generating sensory experiences of a composition. A key inspiration for the group’s experiments came through Wassily Kandinsky’s abstract paintings. While soviet propaganda derided non-figurative art, its distaste could be mitigated by emphazing the scientific and technical aspects of these activities. Gaalev would often repeat that Prometheus was only partly functioning underground, as these works were produced under the auspices of the government, not in small, dark cellars. In spite of this, mundane and often aimless experiments needed to be legitimized, which is why the Prometheus group realized such projects as the light installation fixed to the tower of the citadel in Kazan, which turned on the moment the bells began to sound, or a light system on the circus top which responded to changing weather conditions. The most remarkable device designed by the group’s researchers was the Man-Machine, which was meant to monitor the activity of various types of electrical systems, from assembly lines in factories to rocket ships. When everything was functioning correctly, the screen would show a luminescent visualization that was set to music. If there was a glitch, the screen changed to a red, pulsating surface set to an unpleasant sound. Some of the experimental films produced by Prometheus, such as the ten-minute-long Little Triptych, were screened in cinemas and on television in between shows. It was preceded by an announcement that the projection isn’t a work of abstract art, but a demonstration of the possibilities offered by new soviet technology. After the fall of communism, the members of Prometheus intensively explored the potential of disco spaces, even to the extent that they published a handbook titled Discotheque Technology. After Galeev’s death in 2009, the laboratory began to function as an institute of functional semiotics, dropping its research into audiovisual art. 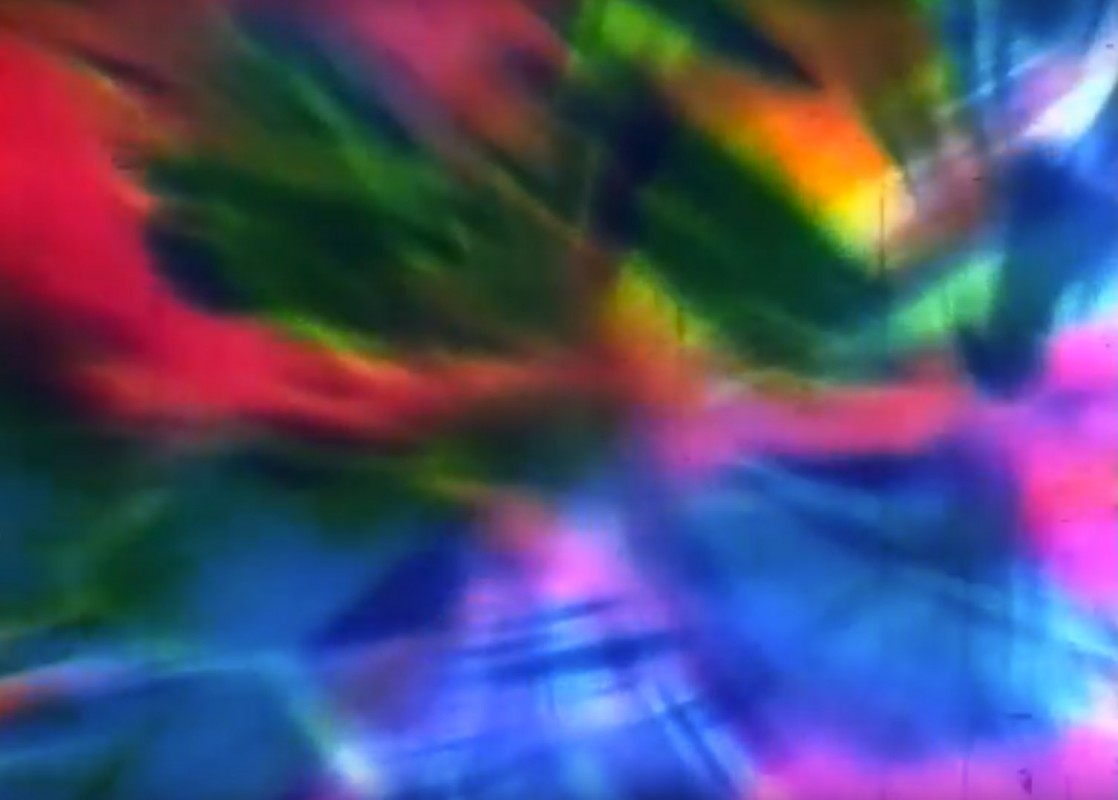