“I could do the same thing,” the Yugoslav revolutionary Josif Broz Tito was said to have remarked when passing by an abstract, multi-surface sculpture by Croatian artist Vojin Bakić. The piece was set up at the entryway, on the opening day, of the International Autumn Fair in Zagreb in 1963. The charismatic leader, with his background as a laborer specializing in metallurgy, wasn’t a fan of abstract art, nor could he understand the fascination for the movement. Still, his ambitions to present himself as a modern socialist leader, open to progress and the West, overweighed his aesthetic sensibilities. On the other hand, he was aware that Yugoslavia, divided across an impasse of ethnicity and fraught by the traumas of war, had to make its leap into modernity starting from a stable foundation of a specific narrative frame of history. One that would unify a community in conflict. He understood his mission in a rather literal sense: he wanted to fill the nation with heroic monuments to the fight against Nazism, while setting monumental sculpture up as a field for modern experiments with form.

Among the artists invited to participate in this ambitious plan was Vojin Bakić. For the artist, memorial sculpture was a realm that was close to his heart: his brothers’ Serbian heritage earned them a death sentence. They were killed by the Croatian Ustaše, a fascist revolutionary group. He was spared only thanks to the efforts of Frane Kršinicia, a lecturer at the Academy of Fine Arts in Zagreb. Whatever their scale, the abstract forms of Bakić’s sculptures entered into a dialogue with their surroundings, adding an additional dimension to the space around them. One of his favorite materials was mirrored surfaces, which would reflect light onto the surrounding walls and objects. One of the most iconic works he created was a 12-storey concrete construction with a mirrored façade, built in 1981 at the top of Petrov Hill as a monument to the heroism of the local people during the Second World War. While the surface of the construction, as it reflects its surroundings, sinks into the landscape, its interior is filled with an exhibition dedicated to the history of battles and opposition against occupying forces. Bakić carried out similar experiments within the gallery space, creating sculptures out of steel, made up of multiple planes, such as Razwijena Porvsina or his project for a monument to Tito’s legacy. His works using mirrored surfaces were inscribed into the Kinetic Art movement because, as the viewer moved, he caused the entire structure to move and act out reflective plays of light upon its surface. Bakić presented the effects of his artistic pursuits at several subsequent editions of the New Tendencies annual showcase – an international platform for the exchange of artistic ideas and practices.

Vojin Bakić (1915 – 1992) was a Croatian sculptor of Serbian descent. He created monumental modernist sculptures in the territory of former Yugoslavia. At first, his sculptures were figurative, like the moment to Stjepan Filipović (the Communist partisan sentenced to death by the Nazis) in Valjevo. The sculpture was inspired by a photograph taken of Filipović just before his death, his arms raised in the air, riling up the crowd watching the spectacle of his execution. Another iconic work is a bull constructed in a variety of scales and a range of materials. In his later years, he abandoned figurative art for the study of how forms impact their surroundings. He was most interested in the geometry of the circle, creating its either concave or convex center out of steel, which distorts the world contained within its reflections. Such works include a monument to war casualties in Kragujevac. Alas, many of his monumental sculptures were destroyed over the course of the war in Yugoslavia in the 1990s. 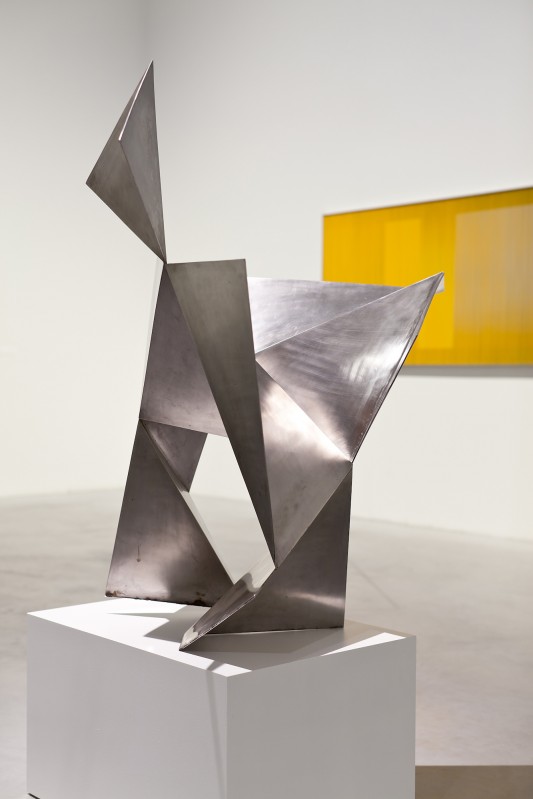