Ryszard Winiarski didn’t want his works of art to be referred to as paintings. He considered them as the side effects of his thought process and the resulting method. His art was the product of a pursuit of a means of expressing the mathematical concept of randomness through art – his creative inspiration came from probability theory, game theory and statistical analysis. A fundamental influence on the development of Winiarski’s artistic practices were courses led by Professor Mieczysław Porębski on the relationship between art and science at the Academy of Fine Arts in Warsaw. These ideas formed the starting point for Winiarski’s 1966 diploma project Event – Information – Image. Here, the artist first formulated his theory regarding the programming of images and presented a series of paintings titled Toward a visual representation of statistical distributions. Winiarski placed black squares randomly on a grid pattern, with their locations determined by rolls of the dice, stock market data or numbers on public transportation tickets. Each one of his image programming systems was based on incorporating some form of randomness into order that was determined by a set of rules. The rules included the reduction of color choices to black and white (represented by the numbers 0 and 1 in probability calculations), the number of columns and rows in a grid, the dimensions of the squares or the choice of the corner from which he would begin composing the painting. His works contain a paradox: they are an artistic representation of randomness while, at the same time, inaccessible to incidental observation. Winiarski wanted audiences to contemplate his works without the ability to fall back on subjective criteria such as questions of taste or emotion. He wanted art to move away from the sphere of aesthetics to a scientifically-based one, where it would serve as a record of processes in which the final effect did not outweigh the process which led to it. To further emphasize this point, he would frequently provide a brief description of the programming process used in the creation of a painting on the back of the canvas. Shortly after graduation, Winiarski presented his painting programming process at the 1966 Symposium of Artists and Scientists in Puławy. The inspiration for the Jerzy Ludwiński-organized symposium was derived from the then-popular conception of integrating art, technology, science and industry. Winiarski’s method for the scientific visualization of the concept of randomness was an ideal fit for the era’s desire to integrate art with other disciplines as a research method. The painting programming system also represented an intriguing approach to the issue of movement, as each one of Winiarski’s paintings depicted a record of each move in a particular game of chance (rolls of the dice or the flipping of a coin) that he had created and played. In his later works Winiarski incorporated other structural elements by adding color, introducing various geometric shapes (rhombus and trapezes), reliefs and structures resembling scale models of urban environments. Starting in 1971, he began to use mirrored surfaces in his works of art, which gave audiences a glimpse of their own reflections as they viewed his pieces.

Ryszard Winiarski (1936-2006) was a painter, creator of spatial forms and stage designs. Prior to beginning his studies at the Academy of Fine Arts in Warsaw, he graduated from the Mechanical Engineering Faculty at the Warsaw University of Technology, where he defended a thesis on hydraulic/pneumatic transmitters. While a student at the Academy of Fine Arts, he worked as a technical director at the Stelmos gasket factory. Throughout his artistic career, he sought to integrate art with the sciences. One of his exhibitions of programmed paintings included audience participation in the creative process through playing games of his own design. By the 1980s he concluded that program-based painting systems had reached their limits and began to revise his artistic conceptions. He began drawing on intuition, subjective experiences and emotions in his works. 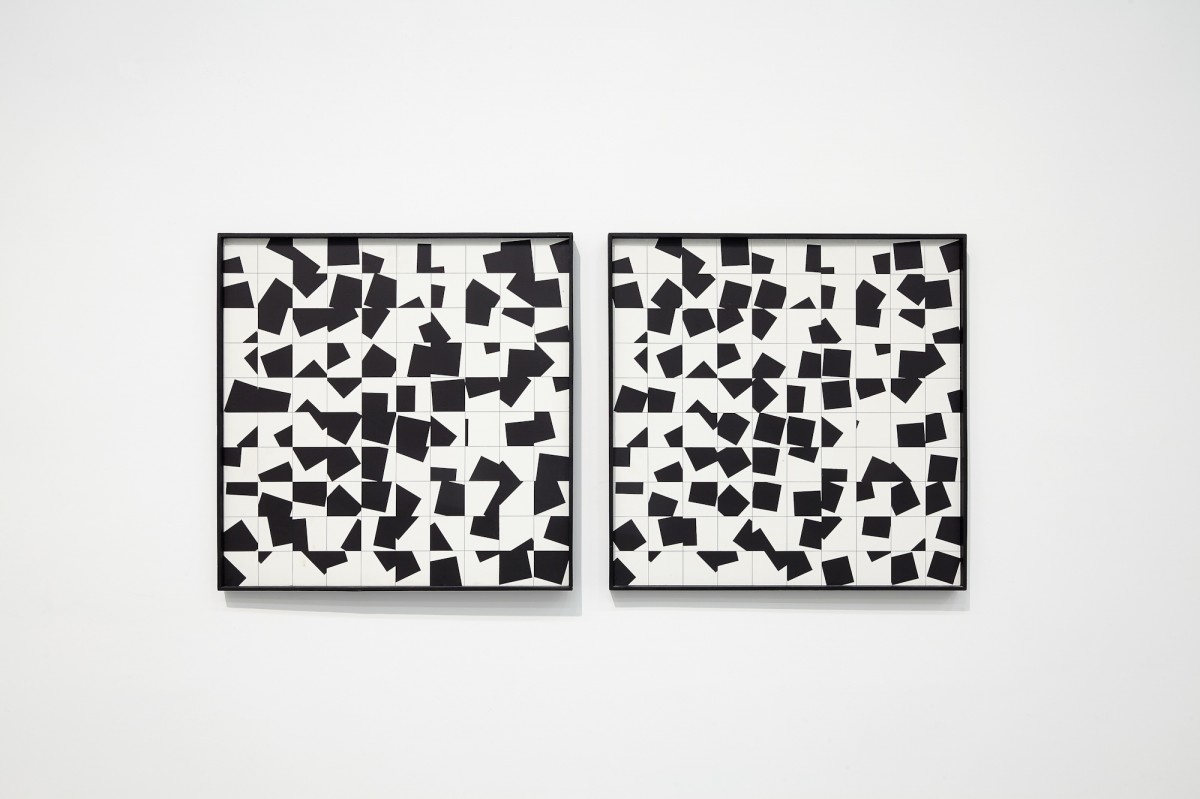