For Oskar Hansen, his design work on exhibition pavilions functioned as a laboratory of sorts, making it possible for him to come up with practical, small-scale applications for the main principles of the Open Form philosophy. The concept, which posited architecture not as a strictly defined set of events occurring within it, but rather, asserting that architecture should serve as the backdrop and respond to the changes occurring around it. Hansen dreamed of architects sharing the task of design with the future inhabitants of a space, making it possible to better satisfy their needs. The concept of the Open Form wasn’t just a novel theory in the field of architecture, it was an idea that considered design as a tool for objectifying individuals, democratizing space and building a more righteous society. Hansen wanted to apply these rules to the design of living spaces, districts and entire cities. He required, however, an area where he could test out his ideas, which is why there are hints of his later, more radical ideas planted within some of his early exhibition pavilion projects. The pavilion he built for the international fair in São Paulo in 1959 was the third of its sort in Hansen’s career; his earlier pavilions were presented in Stockholm and Izmir. The structure in Brazil was constructed in cooperation with Zofia Hansen and Lech Tomaszewski. It featured a piece of canvas stretched between two steel rods. Hansen called it a fan as the material would flap in the slightest breeze. The pavilion space was light, without any interior to speak of, forming a subtle background for displaying an array of Polish agricultural machines. The material was pinned in a way that was reminiscent of pleats. In the way it rose towards the sky, there was a hint of a project that was yet to come: residential locations for miners from the Copper mine in Lubin. These homes, much like the roof of the pavilion, were meant to rise up as they filled the spaces of great, concrete tribunes. In Hansen’s vision, the miners would observe the earth from above in a moment of peace after a day of working beneath its surface. The project was part of the Ciągłeg Linear System – a visionary concept for a metropolitan link between the north and south of Poland via four-lane traffic system running along the nation’s rivers. The fundamental premise of the pavilion projects, as well as the utopian vision of the CLS, was a comprehensive understanding of motion as a force of nature, and the possibility to transform structures and the movement of people. Hansen’s complex vision treated architecture as a form of movement, which served social progress and individual potential.

Oskar Hansen (1922 – 2005) was an architect, visionary, brilliant pedagogue, painter and sculptor. Among his large-scale designs, aside from the exhibition pavilions, were: a residential complex and two housing blocks in Warsaw, the Słowacki residential complex in Lublin, a house in Szumin (where the Hansens lived after moving out of the capital) and an apartment built above a townhouse along ulica Sędziowska. His most daring ideas functioned, alas, mostly in the realm of his imagination. He was also the designer (independently and often in collaboration with Zofia Hansen and Jerzy Jarnuszkieiwcz) behind The Road (1958) a memorial to the victims of the Holocaust at the Auschwitz-Birkenau museum. Its radical perspective of an “anti-monument” focused around negating the traditional aspects of monumental sculpture, and taking the entire terrain of the former death camp as a monument in itself. A wide, asphalt road led visitors through the terrain of the site-as-monument. Hansen’s vision was rejected and rather than agree to a compromise, he left the design team. For years, he lectured at the Department of Sculpture at Warsaw’s Academy of Fine Arts, where he taught in the spirit of the Open Form, undermining the traditional balance of master-pupil, a move that was also met by protest on the part of other staff at the university. Svein Hatloy, a student of Hansen’s, set up a design school in Bergen, based on a curriculum that followed Hansen’s ideas. In Warsaw, the studio headed by Grzegorz Kowalski at the academy also followed Hansen’s approach to design and pedagogy. 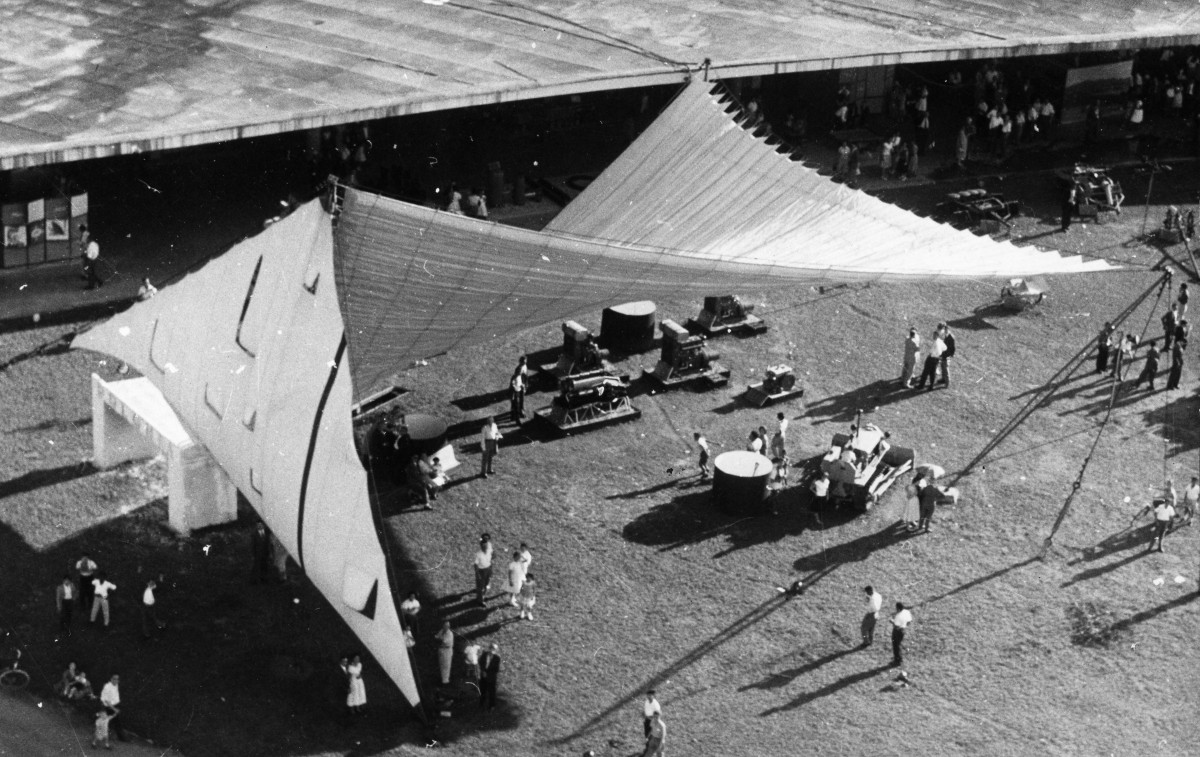