Martha Boto described her artwork as the expression of a pursuit of precepts that govern balance and harmony within the cosmos. In a reality dictated by technological progress, these rules may be revealed in the relationships between movement, space, time and colour. The Argentinian artist has constructed autonomous systems powered by electricity, generating a broad array of optical effects as certain elements of these systems react against one another. Boto’s artistic practice is derived from a personal fascination and a shared hope honed by the Latin American avant-garde with regard to concrete art. For them, abstraction and geometry were the most useful tools for searching out the laws and order that rule the visual realm. Boto co-founded Arte Nuevo, a collective that also included her future partner Gregorio Vardanege. The duo shared the belief that art shouldn’t simply examine and reveal relationships that are formed in the material world, but it should also use contemporary means of expression for the same purpose, drawn from science and technology. The discoveries they made in this areas impacted not only the shape of the present, but they also become fodder for the futuristic visions explored in popular science-fiction literature of the time. Boto and Vardenega, in their pursuit of an aesthetic language capable of expressing their ideas on art, founded the research collective Artistas No Figurativos de la Argentina in 1957. Two years later, along with a team of other artists, they emigrated to Paris. At the beginning of the 1960s, Boto began to create her first Kinetic Light Boxes. She built them out of wood, installing a motor and set of lightbulbs within. The box’s exterior was outfitted with a few (sometimes more than a dozen) “protrusions”. In certain models, their surface was transparent, which allowed the viewer to peek inside the box to observe the optical effects elicited by the activity inside. In others, these protrusions were opaque, but covered with a system of multi-coloured lights that were also set into motion. In later works, she began to experiment intensively with her materials, adopting Plexiglas, steel and mirrored surfaces, for example. Boto’s boxes and her long, transparent tubes full of moving forms, were illuminated in such a way that allowed them to reflect new forms upon the reflective background. During that period, she became involved in the international artistic movement New Tendencies, whose members put together a show in the former Yugoslavia, which explored the possibilities of kinetics in the field of art. They called their practice “chromokineticism”, calling attention to the role of movement in setting space to time and time to space.

Martha Boto (1925 – 2004) was an Argentinian artist based in Paris. Initially, she was affiliated with the concrete art movement, however she later devoted herself to the evolution of kinetic art. Her sculptures are autonomous devices that produce intricate visual effects as the result of movement and light generated by a motor. She was born into a family that had links to Spain. She painted and drew from a young age and graduated from the Academy of Fine Arts in Buenos Aires with honours. She began painting early in her career, but soon set the medium aside in favour of creating a new form of sculptural expression. In the 1970s, she returned to painting with the goal of testing the bounds of the medium through the use of repetitive strokes of colour and form. 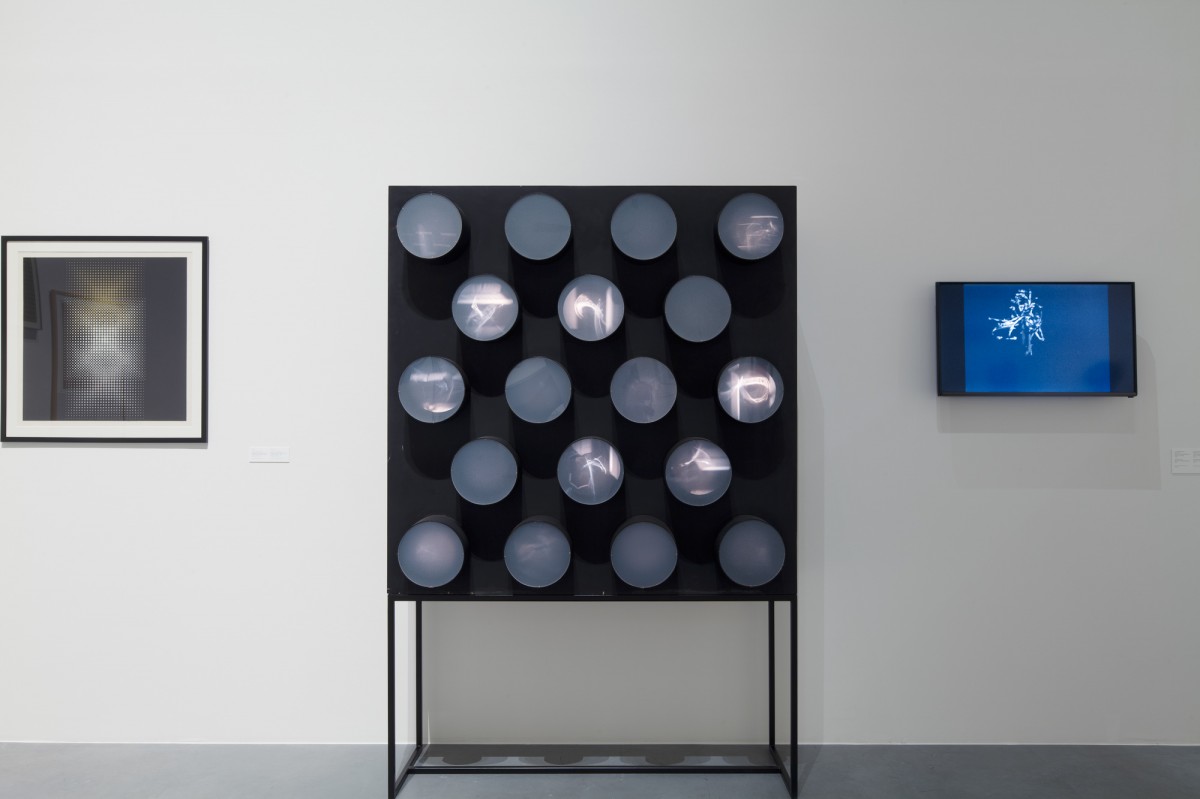