Before he began his art studies, Julie Knifer spent a year sketching out a daily self-portrait. Later, he began sketching Frans Halsa, the 16th-century Dutch painter, with the same dedication. In each respective series, one sketch doesn’t vary much from the next, but as links in a chain, they suddenly lost their autonomous character. During that period, Knifer’s inspiration was more derived from intuition than a thought-out process, however, these early works defined the artistic gesture that followed him through his career. At the start of the 1960s, he began creating the first paintings meant to depict a “meander” – a geometric ornament made up of an arrangement of lines bent at a 90-degree angle to create a horizontal panel. His radical approach to reducing his means of expression were inspired by a Knifer’s trip to Europe, where he viewed several paintings by Malewicz. “I realized,” he explained in an interview, ”that I don’t want to create individual works that would be self-sufficient and complete. I wanted my drawings and images to be linked by the same act.” Most of his images are black-and-white, however the artist was also known to dabble in color. At times, the study of “meander” and the linear form that becomes the figure of a labyrinth, was limited to a single break in the line within the space of the painting, while other times the canvas was filled with a great number of lines, and the meandering line took on a more or less regular aspect. Knifer used this simple geometric form to experiment with moving beyond the space of the painting, setting the meander into an artistic form beyond the painting itself. After a time, Knifer’s meanders began to crop up in the physical space. Knifer dedicated his entire artistic practice to this study.

Julie Knifer (1924 – 2004) A Croatian artist who’s considered a representative of Neo-constructivism and Conceptual Paintings. He spent his entire career testing the possibilities of a single geometric form: the meander. In 1959, together with a group of other artists and academics, he set up the avant-garde group Gorgon, propagating an anti-art movement. He founded a gallery and anti-studio space of the same name. The group broke up in 1966. Knifer was also part of exhibitions and other activities related to the international platform for the exchange of ideas and art practices known as Nowe Tendencje. 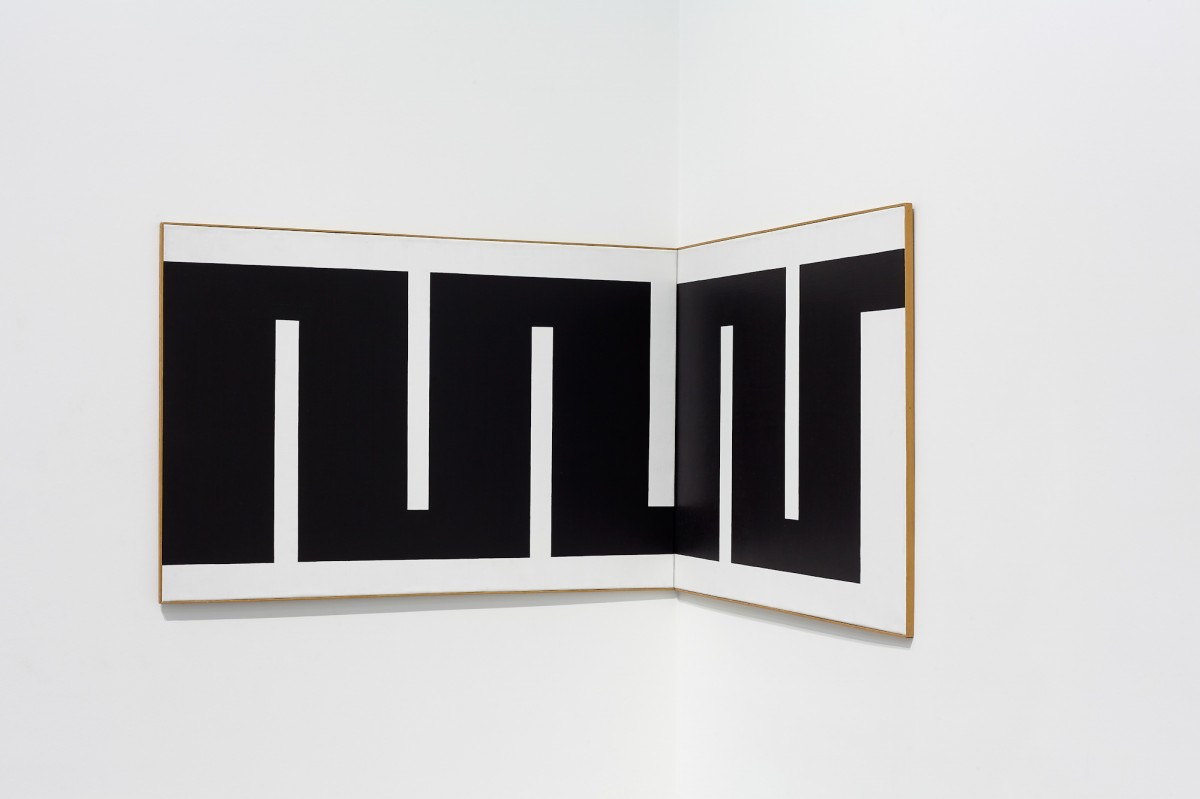