Henryk Stażewski created his first reliefs in his sixties, following decades of holding the title of grand master of the Polish Avant-garde. The discovery of a new form of expression came about 20 years after he’d struck traditional methods of painting out of his practice. Like other representatives of geometric abstraction, Stażewski believed that art that is created in the image of science should pursue a fundamental set of rules that govern reality, and, in particular, the way reality is perceived. Unlike traditional painting, which comprises an analysis of how things appear, Constructivists did away with the surface appearance of objects in favor of the study of what they’re made up of – the essence of things and phenomena. According to artists who practiced geometric abstraction, it was an expression of the spirit of the times, in which the industrial revolution, urban development and the mass exodus of people out of the countryside pushed mankind into co-existing with the geometric shape of the modern metropolis.  The artist, in absorbing the realities of urban living, became a producer of fundamental, objective principles regarding the way it was supposed to function. For many years, Stażewski made works in the spirit of Władysław Strzemiński’s theory of Unism, which stated that no special effects should be applied to the surface of a painting that would result in the negating of its essence, which lies in the fact of its flatness and its limitation within the frame. This inspired Stażewski’s work of the interwar period, which examined the spatial relations of figures contained within the geometric structure of a work of art. He was also inspired by the Neo-Plasticism of the Dutch group De Stijl, which manifested itself in the construction of a painting on a mesh of horizontal and vertical lines, along with the reduction of its color palette to three primary colors – red, yellow and blue – along with three non-colors – black, white and gray. After the war, Stażewski’s work was marked by a unique figurative style, drawn from the Cubist tradition. His landscapes, portraits and still-lifes were a response to the imposed aesthetic of Socialist Realism of the period. In the era of the thaw, when the government released its grip of forms of artistic expression, Stażewski returned to his geometric studies, endowing his work with another dimension, with geometric figures made of cardboard, fiberboard and wood blocks rising out of the surface of the canvas. The artist believed that spatial relations could only be manifested through actual movement. His reliefs undergo a transformation as a result of changes in lighting, setting into motion an interplay of light and shadow, which is further impacted by the movement of the viewer around the piece. As the three-dimensional elements of the painting cast shadows on certain parts of the canvas, which continue to shift according to changes in lighting, it generates an effect of movement within the image itself. In subsequent reliefs, Stażewski continued to escalate the three-dimensional effect, while, in turn, reducing the flat elements of the composition. They were made of several identical figures, such as squares with a protruding shapes. Sometimes they were uniform in color, which made it so that no single element of the work prevailed over the rest, creating a composition that appeared frozen in movement. During that period, he also created his Spatial Compositions – two-sided reliefs that could be viewed from every angle, which multiplied the number of possible compositional configurations. In 1970, as part of the Wrocław ’70 Symposium, which explored aspects of the concept of impossible art voiced by Tadeusz Kantor. Stażewski presented an light composition, in which a giant band of pure color appeared as a ray of light in the sky.

Henryk Stażewski (1894–1988) was a pioneer of the Avant-garde movement in Poland, a proponent of Constructivism and Geometric Abstraction, designer of theater sets and interior design schemes, as well as poster art. During the interwar period, he was associated with the activities of numerous avant-garde groups: the Formists, Blok and Praesens. He edited and provided art direction for the magazines published by the groups he was affiliated with. Together with Katarzyna Kobro and Władysław Strzemiński, he co-founded the International Collection of Modern Art, which was provided to the Art Museum in Lodz. In the post-war period, he was connected with the foundation of the most significant Avant-garde galleries - Krzywe Koło and Foksal. Stażewski believed that art, like science, is a tool for the objective study of reality, which is why he built a veritable laboratory around himself. This included his apartment-studio, located on the top floor of a housing block along al. Solidarności (then called ul. Świerczewskiego) in Warsaw, which today houses the Avant-garde Institute. 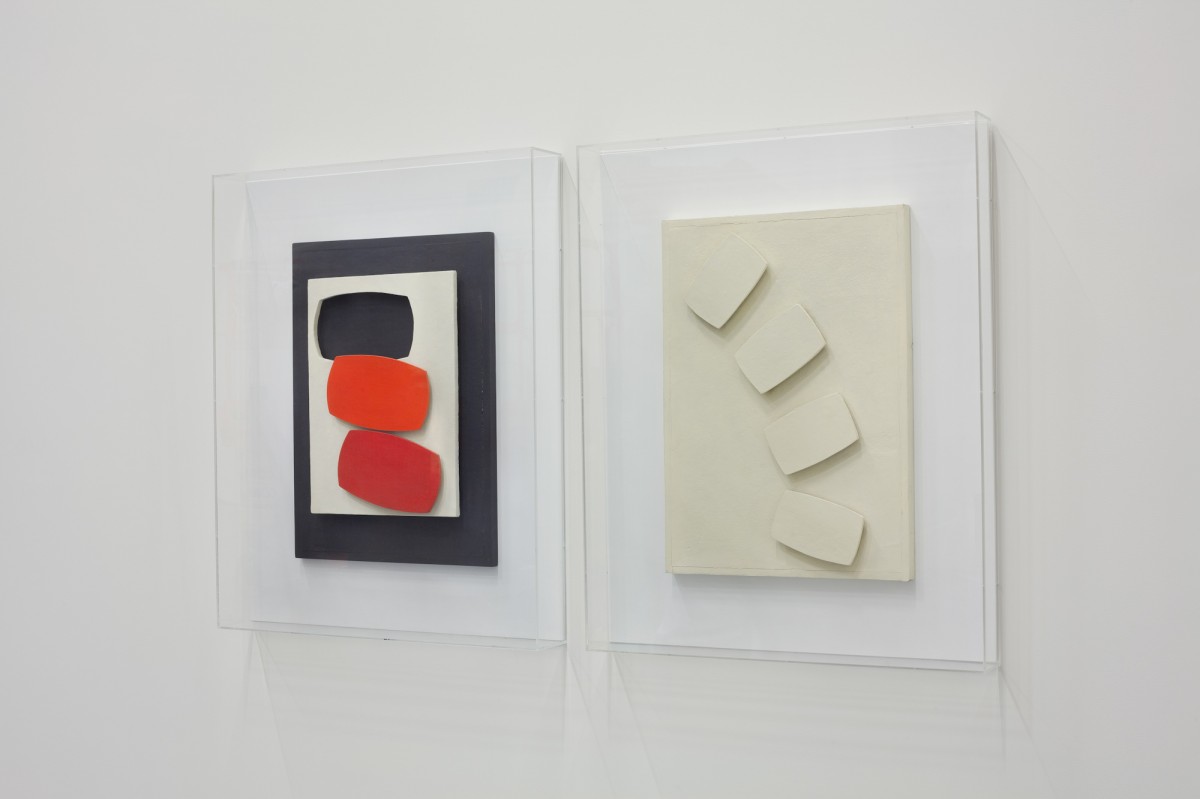