In 1944, Gyula Kosice, twenty years of age at the time, delivered a proclamation that stated that mankind’s history would not end on Earth. Two years later, he commenced work on a visionary design of free-floating, mobile habitats that drifted at 1,000 to 1,500 meters above sea level. He claimed that pursuing solutions to the challenge of a swiftly-multiplying human population ought to move beyond the framework of conventional thought. Kosice once remarked that architecture had always bound humans to the Earth, and that it was art’s mission to release it from the surface.

In creating new habitats, architecture was treated as form of art, while simultaneously developing a new vision for the future of humankind. This is why Kosice’s designs didn’t feature traditional spaces such as bedrooms, kitchens or living rooms, but opted, rather, for dreamy spaces, for retracing lost steps and absences, even a bridge which allowed inhabitants to move between specific actions in order to manage them. In addition to numerous drawings and collages depicting the spatial city project, Kosice created theoretical writings which addressed the project’s practical aspects, such as the supply of energy. His designs also revealed a holistic vision for mankind’s new community, which fully utilized the fruits of the technological revolution. Developing and perfecting the Hydrospatial City design comprised a 30-year undertaking for the artist. In his later years, Kosice took advantage of the possibilities afforded by plexiglass to build 19 models of his floating habitats. The design prototypes resembled space ships suspended from the ceiling of galleries by thin wires. They appeared to float as air currents caused them to drift this way and that.

The endurance of the Hydrospatial City project meant that it inevitably became a focal point for his ongoing artistic practice, stretching across the various themes he explored throughout this period. He was a co-founder of the MADI movement, which, like many other art groups of the time, grew out of a shared fascination for Concrete Art. Members of the MADI movement did not use abstraction as a primary means of identifying universal concepts about experiencing the world but, rather, as a means of exploring the potential of new technologies and their related capacity for constructing new experiences. The primary thread that infused the works of art, architecture, poetry and theater created by MADI artists was the consideration of movement as the driving force behind creativity and inventiveness. The theoretical foundation of MADI artists’ practices was the publication of Arturo, a magazine edited by Kosice himself. Both the artist’s paintings and sculptures incorporated mobile elements whose positioning could altered by the viewer. Kosice liberated paintings from the limits imposed by the frame, creating colorful surfaces of various shapes which were interconnected with steel elements. His best-known works featured experiments with light and water. Kosice was the first artist to create illuminated hydro-kinetic sculptures and the first  to use neon lights in his works. His exhibitions were meant to function as laboratories of utopias or set designs which transported audiences into a science-fiction reality.

Gyula Kosice (1924 – 2016) was an Argentinian visual artists, poet and art critic. He was born into an ethnic Hungarian family in the village of Kosice (now the second-largest city in Slovakia). Born Ferdinand Fallik, he moved to Buenos Aires as a child and lived with his uncle. He pioneered the use of new materials in works of art. He wanted his art to spark interactions with the audience, and many of his works were designed to be touched and manipulated by spectators. He was also a poet, with 15 collections of poetry and essays to his name. 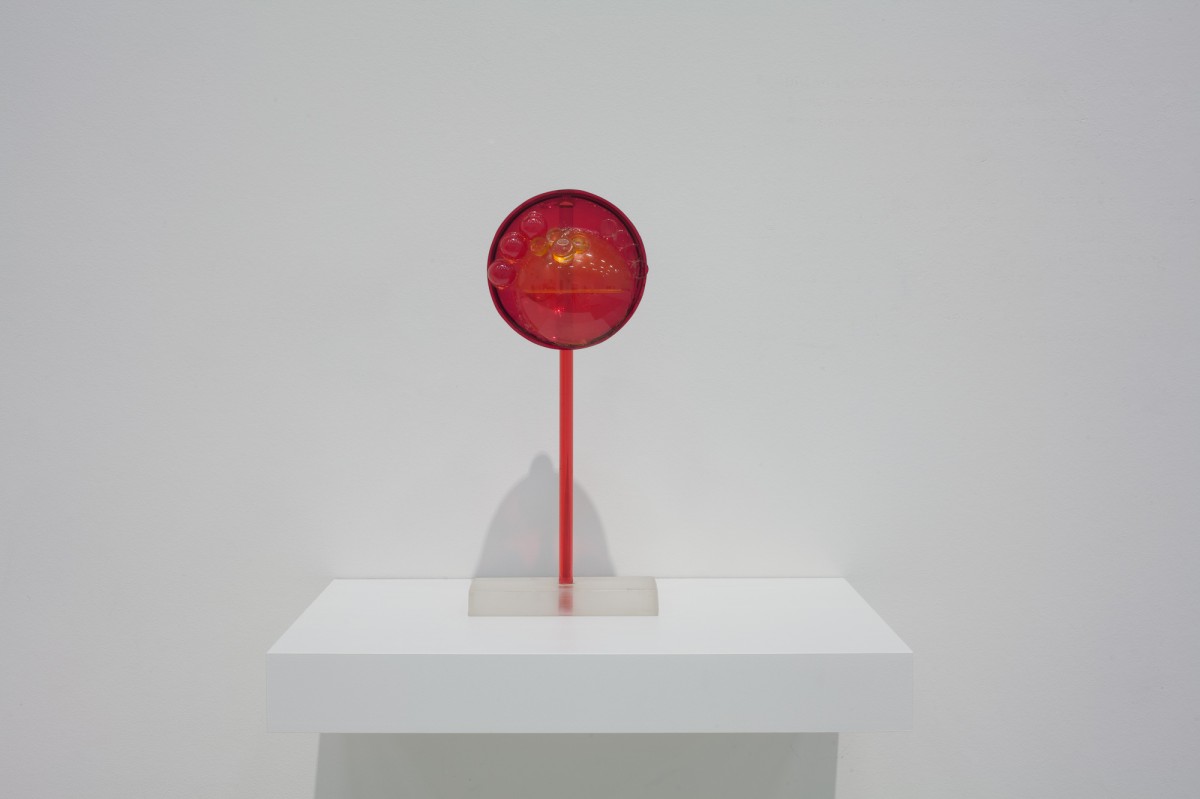