“I’m not a sculptor,” Gego would say, when critics and curators designated her works a new, radical form of expression in sculpture. “I draw lines, sometimes on paper, other times in space,” she’d explain. Gertrude Louise Goldschmidt  acquired the nickname Gego as a young artist. She became famous as a Venezuelan artist, however she’d emigrated there as a German Jew in 1939, escaping the nightmare of the Third Reich and imminent war. She received her degree in architecture and engineering from the Polytechnic University in Stuttgart. Her skills were in demand in the young nation of Venezuela, where educated, progressive thinkers were vital to the economy’s future, particularly in the 1940s and ‘50s. During this period, European Modernism was having a significant impact throughout Latin America. The authorities, too, looked towards Modernism as a source for ideas and tools for bringing Venezuela into the future and catching up with the United States. Artists, architects, engineers and scientists were meant to drive this great shift towards a modernity. Gego didn’t exactly share the government’s overarching optimism. Her life under the Nazi regime proved that Modernism had its dark side. This is why she transformed many of its ideas into a new artistic language. Instead of using new, solid materials to create her works, she preferred to use old cables, wires, cords, nylon and metal pipettes. The canon of kinetic art was a significant part of her work in that she was interested in the movement of the viewer and used it to create the illusion of movement in relation to her work. With architecture, the question was, in what way is space created using both material and immaterial boundaries? A basic element of her artistic expression was the line, which she used to build complex structures of a latticework form. It didn’t matter whether a construction was hosted by a piece of paper or a room, Gego pursued ways of discovering new spatial distinctions. In some works, such as the 1970 drawing Untitled, she used color to distinguish between various planes. In the series Drawing without paper, she challenged the idea that boundaries have a purely physical character by using shadows to create new variations on spatial distinctions. In that series, it was difficult to establish a universal idea regarding the title of the work: did it refer to the wire mesh or the shadow it cast upon the wall? The practice of building spatial relations based on paradoxes took on a fuller dimension in the series Reticulárea, which is made up of hand-woven, three-dimensional constructions. The viewer, upon entering a room, observes, on the one hand, a closed structure. On the other hand, he or she finds themselves in an immaterial interior, surrounded by shadows. Gego’s approach to geometry moves it beyond the domain of abstraction into an experience of the senses. Her works of drawing and weaving are reminiscent of the everyday work of local communities, in their form and process. Such objects, from baskets to fishing nets, stand as a counterweight to the cult of modernization.

Gertrud „Gego" Louise Goldschmidt (1912 – 1994) was a Venezuelan artist of German-Jewish heritage. She emigrated to Venezuela at the age of 27, and acquired citizenship in 1952. She lectured on architecture at the University of Caracas. She worked in both art and architecture, designing houses, restaurants, nightclubs. At the start of the 1940s, she set up the Gnuz studio, where she designed lamps and furniture. From the latter half of the 1950s, she dedicated herself almost entirely to art, reducing her means of expression to the bare minimum in order to create her own, minimalist approach to Kinetic Art and Op Art. 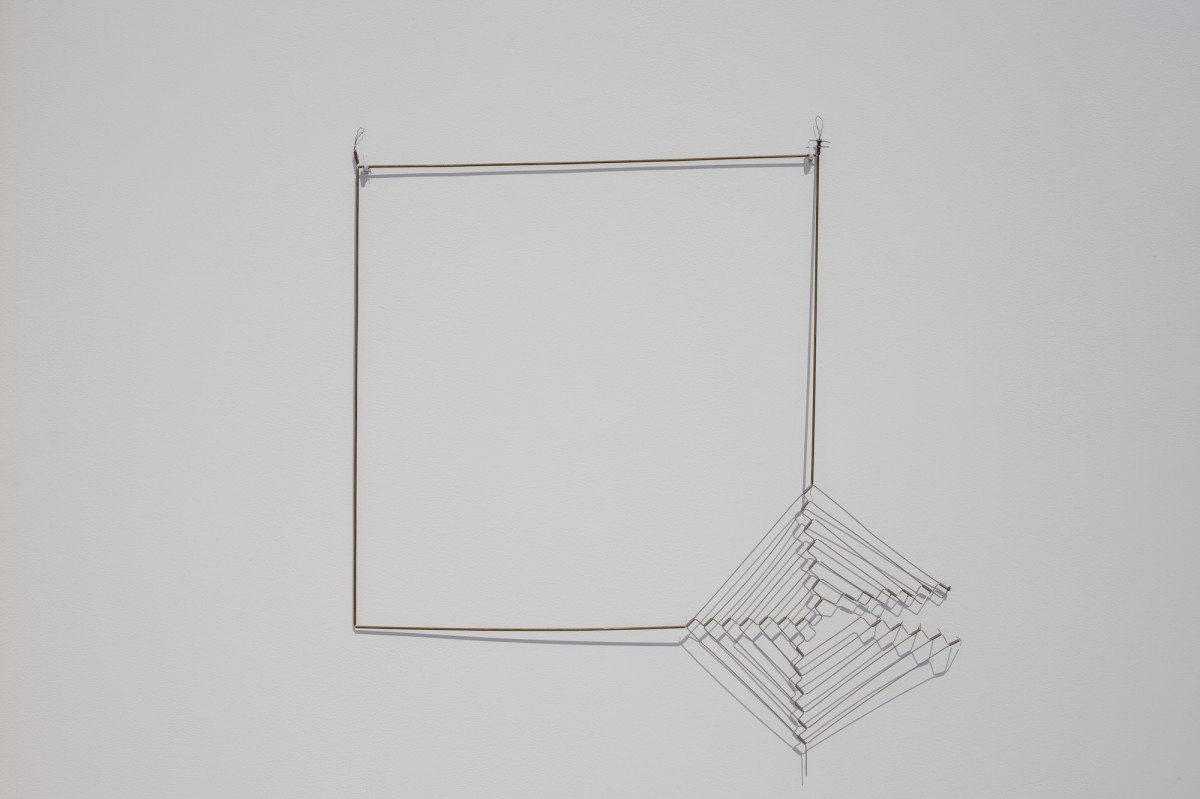