In the world we live in today, everything we do is politicised -  Feliza Bursztyn has often expressed this view in conversation. A clear illustration of this thesis comes through not only in her art, but in her personal history as well. Politics are precisely what determined her place of birth and also her death. When her parents, Polish Jews who set out in 1933 for South America, reached Columbia, they were greeted with the news of Hitler’s victory in Germany’s parliamentary elections and decided not to return home. Feliza was born that same year. Three years later the family were granted Columbian citizenship. Her father managed a prosperous textile factory and the family rose to the elite ranks of industrialists in a nation that was undergoing a swift process of modernisation. This afforded Bursztyn the opportunity to study art in Bogota, New York and Paris. She wasn’t as enthusiastic, however, about the country’s dynamic transformation because of her observation that the process was further deepening the nation’s social and economic divisions. Bursztyn’s first sculptures (Chattaras – assemblages) were made of junkyard scraps – discarded fragments of machines, tires, cables, bolts and other metal bits. Hers was an undaunted critique of industrialism and ensuing rise of consumerism, and it wasn’t welcomed with open arms by the nation’s art institutions and critics, who generally believed that artists should be supportive of Columbia’s progress. In her next series Las histéricas she put the junkyard scraps away in favour of discarded parts from a radiator manufacturing plant. She attached a small electrical motor to the long, spiraling strips of aluminum, which came together as abstract forms set into a noisy, vibrating motion that were experienced by the viewer through several senses at once. Bursztyn was quite interested in using the exhibition space as an experiential space. Her sculptures took up all the walls and floors, some of them hung from the ceiling in entirely blacked-out rooms, with a single spotlight directed at a particular work that was constantly in motion. In 1969, the series was presented together with the film Hoy Felisa by experimental director Louisa Ernesta Arochę, which, in turn, featured the mobile forms of Las histéricas woven through with the images of pop culture idols like Bette Davis and Marlon Brando. Unlike other Latin American artists working in abstract art, Bursztyn’s pursuit was never focused on rules on how reality was to be experienced. On the contrary, she used it as a medium for politicised content relating to women’s rights in a post-colonial society, revealing the troublesome face of modernisation while putting forth a critique of authoritarian rule. There is a special place for Bursztyn among the company of artists working in the field of kinetic art. For her, the movement was never a source of fascination. Rather, it was a way of conjuring up a feeling of discomfort in the viewer. The kinetic art created by Bursztyn wasn’t so much a research tool as a method of depicting that which wasn’t supposed to be spoken of.

Feliza Bursztyn (1933 – 1982) was a Columbian artist who evolved her own original path of kinetic art. Her later sculptures took a more and more direct approach to the critique of political and religious elites. In Las camas, she took 13 beds and in each of them she placed an enigmatic form covered in multi-coloured fabrics, along with an electric motor that set the entire piece in a vibrating motion. In her Mechanical Ballet, she created a stage and arranged seven abstract figures upon it, which hung from the ceiling and performed an awkward, uncoordinated mechanical dance. Bursztyn never shied from her support of leftist opposition movements. After a trip to Cuba, she found Columbia’s political police in her flat, who accused her of smuggling weapons to the partisans through her studio. Bursztyn was granted political asylum in Mexico, then later emigrated to Paris. She died from a heart attack a short time later. 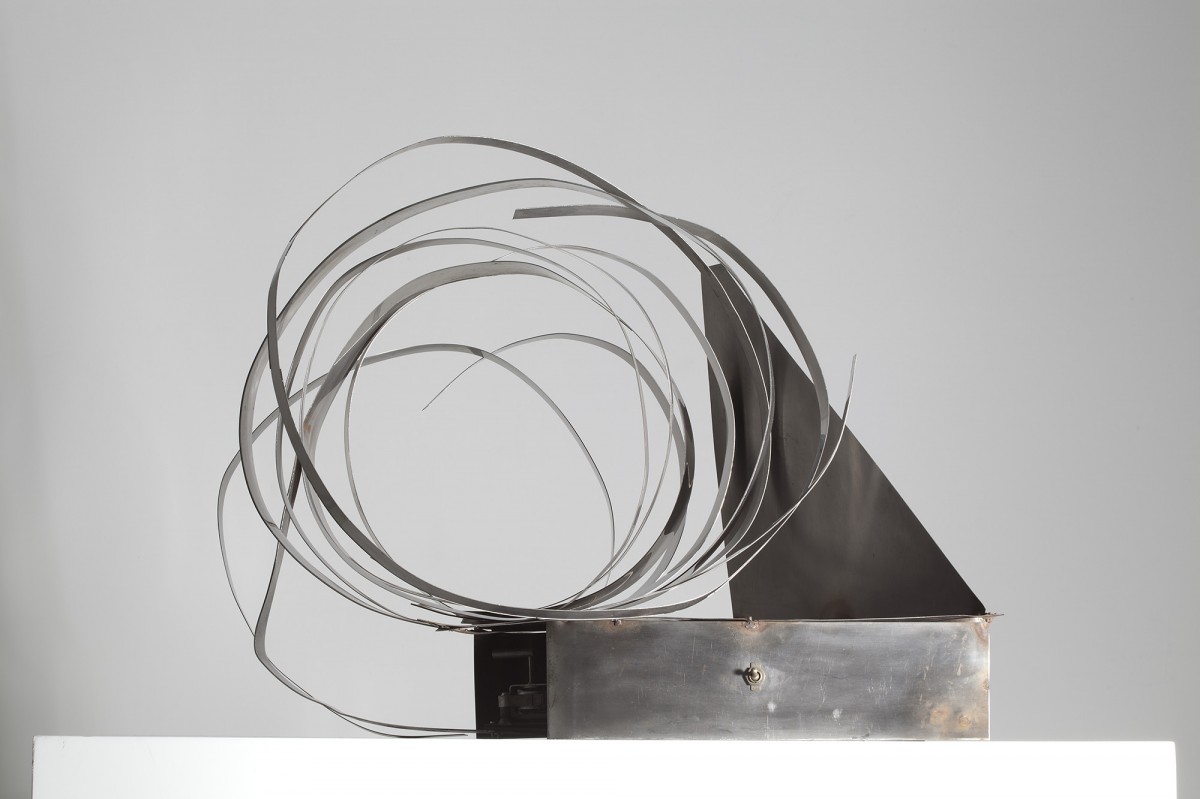