“We’ve grown accustomed to considering colour as a quality ascribed to objects – something that exists as a result of determining something else. Colours, however, are not so much the property of things, but autonomous entities which, rather than accompany an entity, conditions the way in which they’ve perceived”, Carlos Cruz-Diez once stated in an interview. Indeed, it is a fact that the role of colour in distorting the perception of reality is largely overlooked. The artist believed that art ought to reveal the true ways in which the mechanisms of perception function, not by unmasking or adjusting its aspects, but by pursuing the as-yet-undiscovered potential that lies in the space between what we think we see and what is actually there. Like other artists working in the field of Op-Art, Cruz-Diez demonstrated that the world may well be much less constant than the image constructed within the visual apparatus. The first works from the Phisichromie series came about in the 1960s. In them, Cruz-Diez brought together his interest in abstract art together with objective rules regarding the activation of the viewer, an essential part of how a work of art is perceived. In that period, this approach was shared by a broad company of artists, including Brazil’s neo-concretists. Unlike his peers, however, Cruz-Diez wasn’t politically engaged, which made the authorities look upon him more favourably and consider his works of Op-Art and kinetic art – which drew upon the progress of modern-day science and technology – as allied to the cause of the country’s broad programme of modernisation.

“My goal was to revolutionise painting, which for hundreds of years consisted of using a paintbrush to apply paint on canvas. Does it really have to be that way?” was the challenge Cruz-Diez offered up. His own painting technique consisted of painting on narrow strips of cardboard. Next, each one was placed on a flat surface and separated from the next strip with a strip of aluminum or cardboard. The painting changed depending on the shift in the viewer’s perspective: it wasn’t just the colours that were revealed on the surface, but other geometric figures, there was movement in the image itself. An key element of the series was the moiré effect, which comes about when two ruled patterns are overlaid at an angle, creating the illusion of movement. Synthesised colour isn’t a characteristic of the figures revealed in the image but, rather, a condition of their revelation. This is why Cruz-Diez calls his works reservoirs of events that the viewer must set into motion.

Carlos Cruz-Diez (born 1923) is a Venezuelan artist working in the field of Op-Art and kinetic art. He devoted his career to researching how colour functions in the world, how it’s perceived by the human eye and how differences in colour mutually impact one another. The visual effects achieved in his experimental paintings were often introduced into the public space. One of the most well-known projects of this type can be seen at international airport in Caracas. In another series, titled Chromosaturation, which came about in parallel, the artist transferred his findings on colour to closed spaces, filling particular spaces with the monochromatic light in primary colours. The viewer’s also body becomes swallowed up by colour. Passing from one room into the next, viewers begins to experience aberrations in how they perceive certain colours as the effects of one impact the observation of the next. The artistic career of Cruz-Diez was split between Caracas and Paris, giving lectures on art in the latter city. Today he resides in Panama. 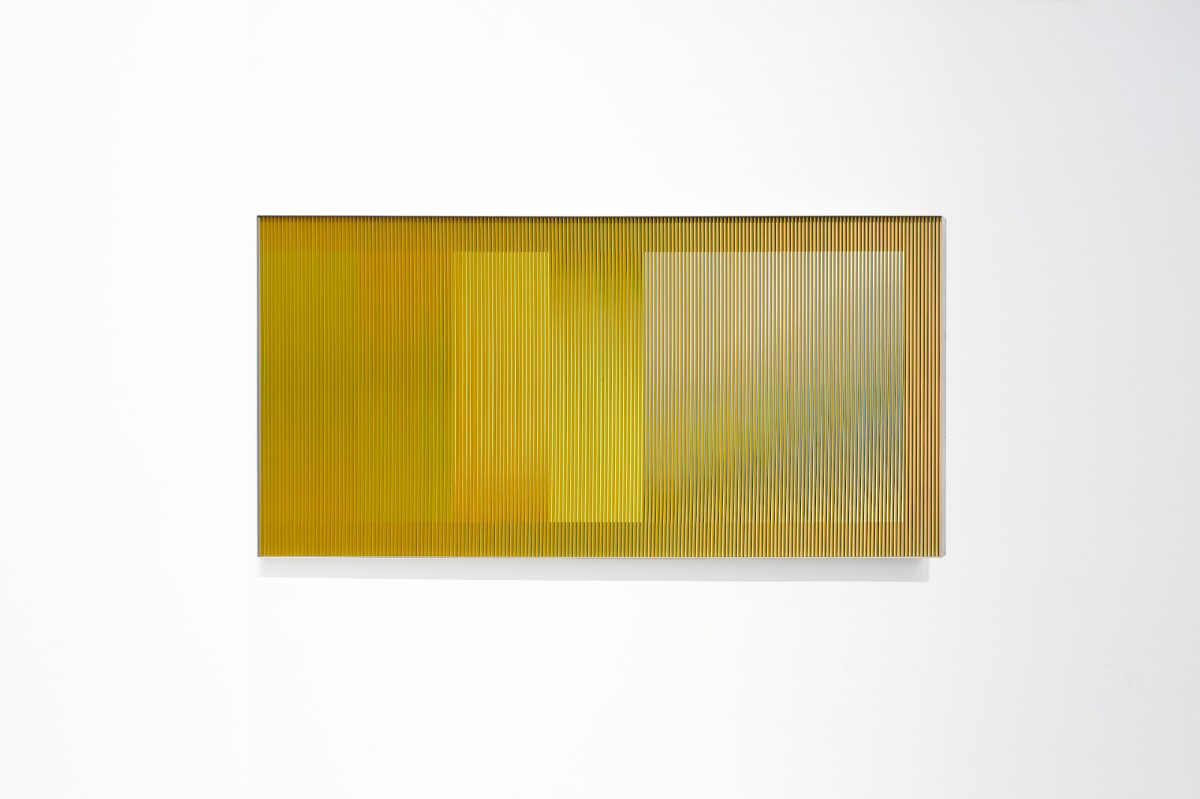