“My whole life, in order to make art, I had to do many other things,” averred Aleksandar Srnec in an interview. This admission from a recognized pioneer of Kinetic Art in Yugoslavia comes as a surprise given he was a member of the EXAT-51 collective, which postulated that there was no qualitative difference between “pure” art and utilitarian art. Its members aimed to achieve the goal of merging these two fields through Constructivism. Mrnec, much like other members of EXAT-51, such as Vjenceslav Richter or Ivan Picelj, created paintings and sculptures, as well as installations, such as the Yugoslavian pavilion at international art fairs, along with works of graphic design. For years, Srnec was responsible for the art direction of the popular magazine Svijet, filling its covers with compositions drawn from geometric abstraction. Yet, one can only assume from his statement above that he didn’t share his fellow artist’s views on art as a series of visual studies that encompassed graphic design, architecture and urbanism. Srnec considered art as a distinct field of creative pursuit that wasn’t subject to any utilitarian demands, a belief that is evident in his works. While Richter and Picelj inscribed art into the framework of the systems and structures they designed with the goal of merging it with science, Srnec’s experiments weren’t subordinated to any strict procedures. Rather, the application of geometric abstraction didn’t appear to be directed towards any specific aim, it was mainly a tool for generating visual effects. In his works, static compositions are confronted with the dynamism and rhythm of repetitive sets of lines. His reliefs, on the other hand, complicate this confrontation further through the additional repetition of shapes. Srnec’s material of choice became an aluminum wire, which he manipulated into complex shapes set against the black background of the canvas. This created the impression that the composition was rising out of the surface of the painting. The wire also served in the construction of three-dimensional works. Srnec continued to extend his practice, introducing movement and shadow. The effects of these experiments, which he called Luminoplastic, were presented as part of several editions of the New Tendencies forum in Zagreb, an international platform for the exchange of ideas and artistic practices. These works ranged from optical-kinetic objects equipped with small engines to color projections in a pitch-black room. Unlike his fellow EXAT-51 members, Srnec didn’t ascribe any radical political ideals to his artistic activities. He wanted his works to open the viewer up to new visual experiences.

Aleksandar Srnec (1924–2010) was a Croatian visual artist, painter, sculptor, creator of objects and installations, who is considered a pioneer of Kinetic Art in Yugoslavia. He re-interpreted Constructivism, adding dynamism into the plane of the painting through a chaotic composition of lines. Some of his colorful geometric reliefs were equipped with a small engine that set one or more elements into motion. The artist’s experiments weren’t subordinate to any specific program, which is why his creative legacy is expressed through such a uniquely diverse collection. He was also known for his design work, creating posters, setting books and the graphic scheme for exhibitions. 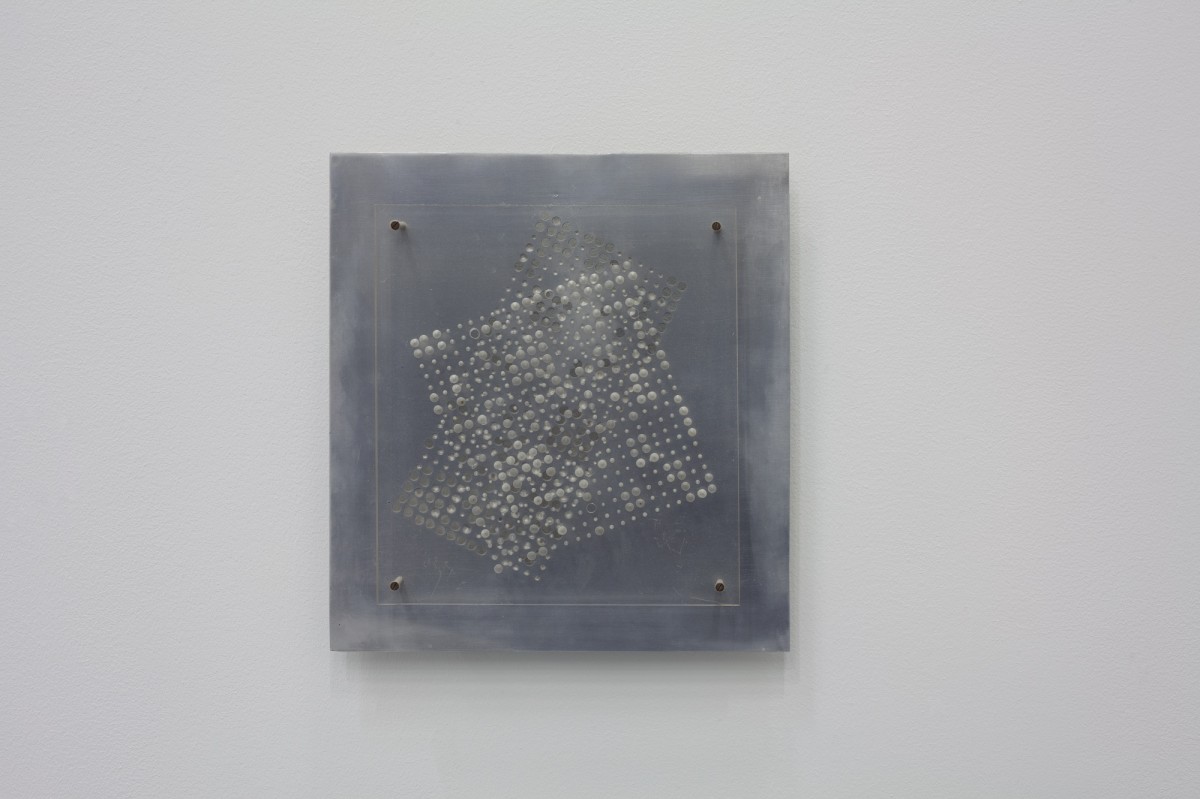