While many kineticists considered the essence of the art form to be contained within the viewer’s movement, Abraham Palatnik integrated this movement into the structure of the piece itself. He wasn’t interested in creating the illusion of movement, rather, he constructed special machines that would set elements of his works into action. He used his background in physics and engineering to produce these complex projects. He was particularly adept at building spark ignition engines. Palatnik believed that the artist’s task is to bring order to the chaotic process of perception. Art must, on the one hand, make use of the natural tools at hand, such as intuition and imagination, and, on the other hand, the fruits of scientific inquiry, whose discoveries give mankind the possibility to experience the world in an entirely new way. Palatnik constructed his first Aparelho Cinecromático in the mid-1950s. The forms of his kinechromatic devices were like paintings, only the canvas was replaced with a plexiglass sheet. Beneath the plexiglass, there was an intricate system of miniature engines connected to multi-colored lightbulbs. The first devices had 600 meters of cable attached, with over a hundred lightbulbs. Palatnik’s mechanism synchronized the order certain lightbulbs turned on and off, along with their movement within the space of the device. The effect was that of a colorful spectacle of light on the surface of the plexiglass, with colors flowing into each other across a range of hues, shapes and patterns. Critics called this new technique a “painting machine” and its maker the “constructor.” In his early experiments, engineering and science were the basis for the aesthetic character of his works, however their role was hidden. The artist revealed the workings behind his pieces later on, integrating their engineering into the whole. In the 1960s, his Kinetic Objects welcomed the audience to observe the gradual, synchronized movements of individual elements of a piece, but also the way the entire system functioned. The objects created by Palatnik are precursors to the subsequent practices of neoconcretists. The artist didn’t invite the viewer to participate, but placed him in the role of a chance observer. Kinetic structures typically don’t require human intervention or observation to work, their actions are carried out independently as a self-sufficient system. In freeing the machine and shifting it into the realm of art, Palatnik unintentionally made reference to the narrative being sketched out on the fringes of science in the science-fiction literature of the period.

Abraham Palatnik (born 1928) is a Brazilian artist and inventor. He was born into a family of Russian Jews, who emigrated to Natal, a city with agrarian traditions, in 1919. Palatnik’s family had a significant influence on the development of the city and its suburbs, opening furniture factories and porcelain production plants, as well as teaching locals to run their own businesses. Palatnik didn’t just focus on his art, he also worked for the family business and applied himself to inventing practical machines, such as a device for opening coconuts and tools for producing dried fish powder. Over the course of his career as an artist, he also created works that activated the audience, such as his Ludic Objects, made up of a base that supported geometric forms controlled by viewers via a magnetized rod, determining the shape of the object. His later works reflected an interest in the aspect of layering. From the 1970s, Palatnik made paintings that he would then cut up and compile, creating multi-layered, geometric patterns in the process. 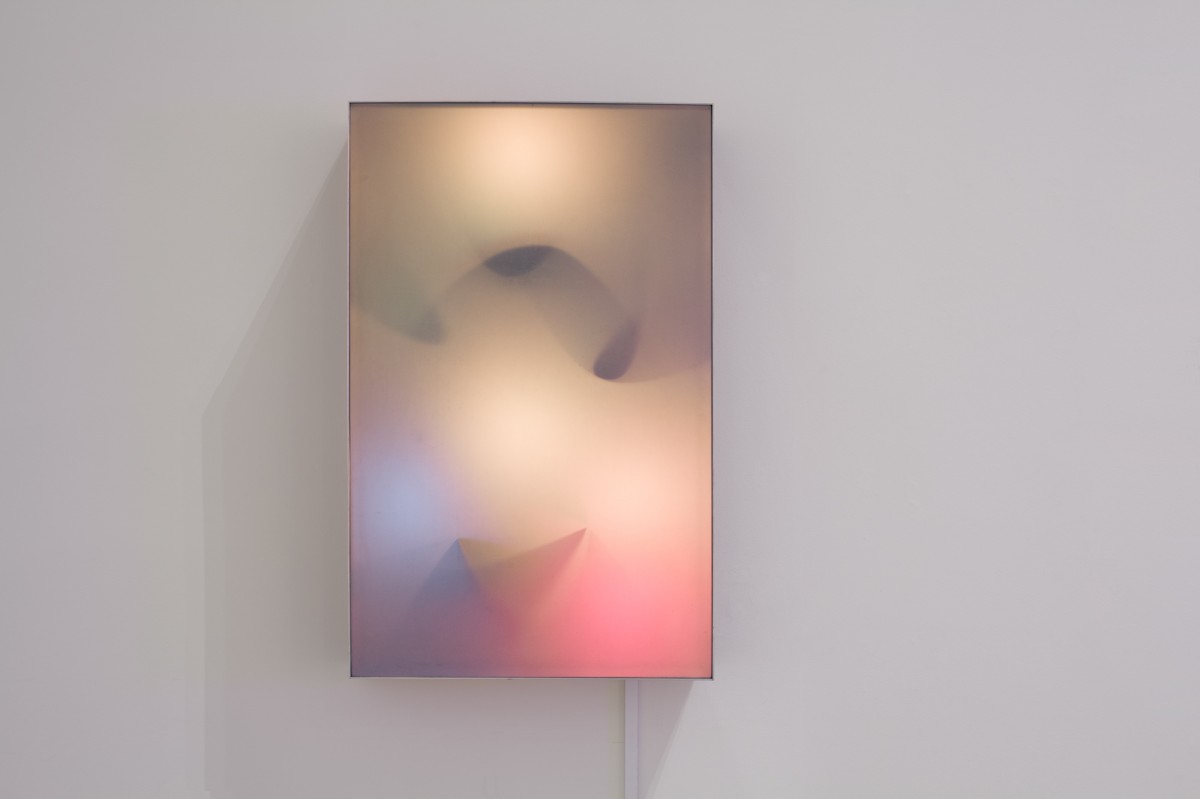